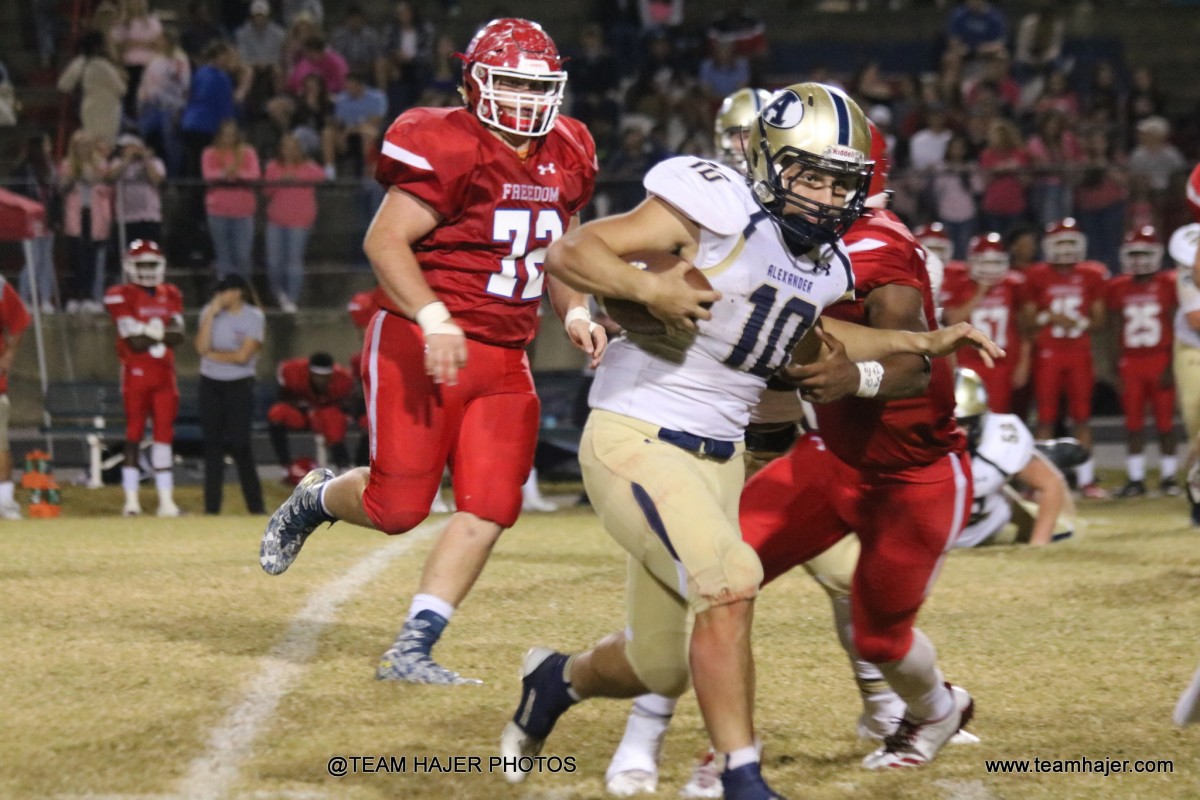 The Alexander Central Varsity Cougar Football Team remained perfect on the season with an impressive 33-27 road win over the Freedom Patriots on Friday night, October 6, in Morganton. 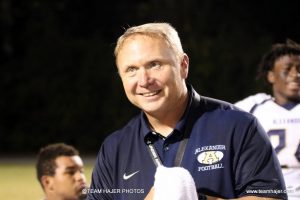 Coach Butch Carter’s Cougars are 14-5 through his first 19 games in Taylorsville.

Devon Weiss (181 yards) and Gunnar Anderson (133 yards) sparked a 394-yard rushing effort and scored two TDs each in the win. Anderson also hooked up with Kendall Flowers on a 30-yard TD pass on Alexander’s first possession of the game.

The Cougars return home on Friday night, October 13, for the 2017 Homecoming Game against the McDowell Titans at 7:30 pm in Cougar Stadium.

See more details on Friday’s win in the October 11 edition of The Taylorsville Times and see tons of action photos from the win online at www.teamhajer.com. 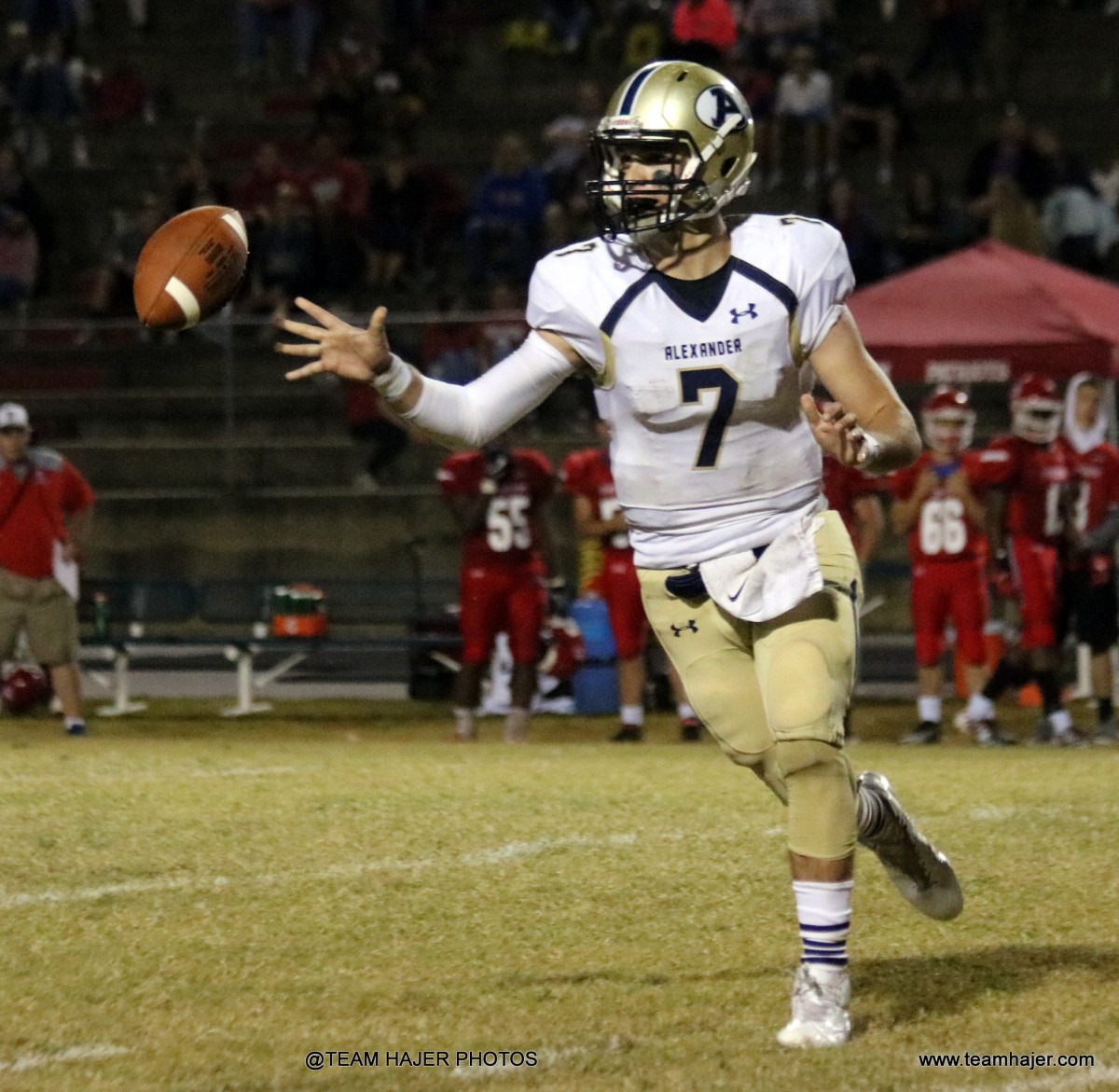 Gunnar Anderson ran for two scores and passed for a third to lead Alexander’s offense vs. the Pats.