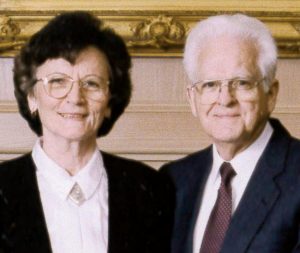 Sally Duncan Cloninger, 81, joined her husband, Jack M. Cloninger, in eternity to live with our Lord on October 12, 2017.

Sally was the daughter of Esrom Duncan and Eula Price Duncan of the Bethlehem Community.

Having worked for many years for the CIA and having lived in many different countries, Hickory was their final home. Jack grew up in Dallas, and was a 1953 Lenoir-Rhyne College graduate. Sally graduated from Taylorsville High School in 1954 and followed Jack into a government career.

Bethlehem Baptist Church Cemetery, in Taylorsville, will be their earthly resting place. A graveside service will be held on Saturday, October 21, at 11:00 a.m.

On-line condolences may be sent to www.bass-smithfuneralhome.com.