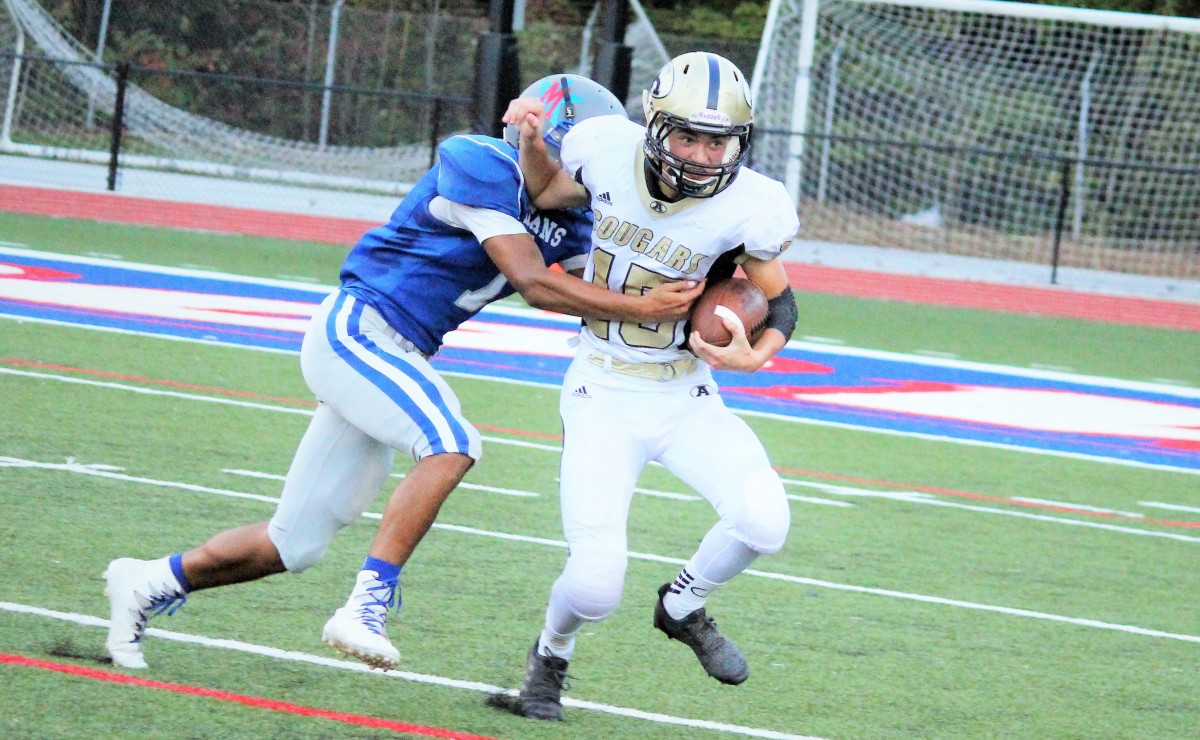 ACHS rallies from behind for road win at McDowell

The Alexander Central JV Cougar Football Team had to rally from behind to stay unbeaten on Thursday night, October 12, in Marion.

After trailing 7-0 entering the fourth quarter, the Cougars notched a pair of TDs in the final stanza to escape with a 12-7 win over the McDowell JV Titans. With the win, ACHS improved to 7-0 overall and 4-0 in the Northwestern 3A/4A Conference.

A controversial call on a special teams play resulted in an ACHS turnover deep in their own territory during the third period. From that point, the Titans took advantage of a short field and scored the game’s first points with 2:28 to play in the third. McDowell drove 25 yards in three plays after it was ruled that a Titan punt hit a Cougar player and McDowell was awarded possession on Alexander’s end of the field.

Despite trailing entering the fourth, the resilient JV Cougar squad mounted a pair of scoring drives to escape with the win and up the school’s consecutive wins record to 20 straight games in junior varsity action.

Early in the fourth, the Cougars marched 61 yards in eight plays. The possession was capped off when Colston Yount scored on a four-yard quarterback keeper play. The two-point attempt failed and McDowell maintained a slim 7-6 lead.

ACHS regained possession of the ball after its defense forced a Titan punt. Following the punt, Alexander mounted its game-winning march with a 15-play, 77-yard drive to paydirt. The march used 6:09 and closed with a 15-yard pass from Lance Justice to Bryson Abernathy. The two-point run failed and Alexander led 12-7 with 42 seconds to play in the game.

The Cougar defense would not allow the Titans to pass midfield in the game’s final stages as ACHS secured the win.

The Cougars put their perfect league mark on the line on Thursday, October 19, when they travel to Springs Road to take on the St. Stephens JV Indians at 6:30 pm.