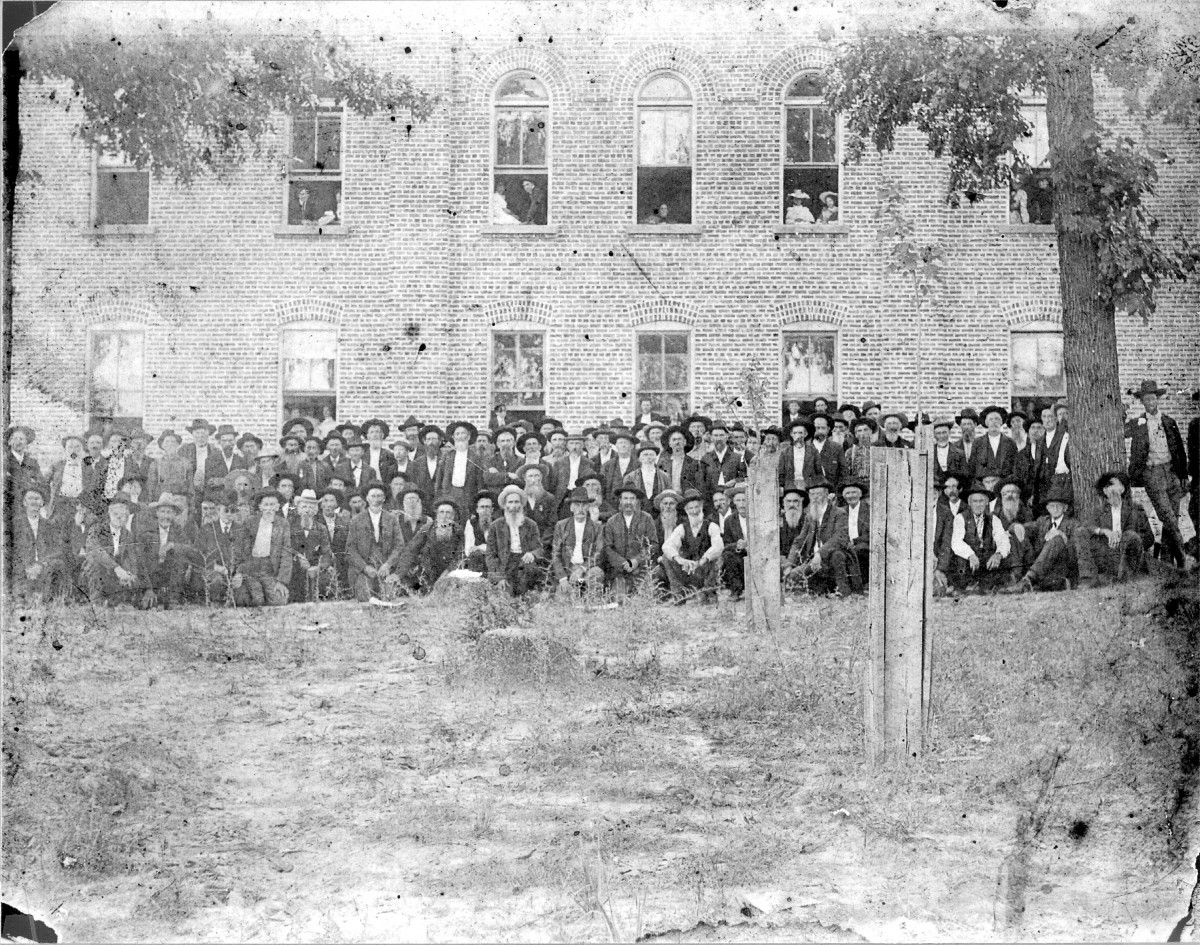 REUNION — This photo shows the Old Soldiers’ Reunion in Taylorsville on Nov. 1, 1887. (Photo courtesy of the Robinette family and Harold Dagenhart.)

The big talk in town 130 years ago this week was the railroad and the Old Soldiers’ Reunion. You see, the railroad had recently started service to Taylorsville, according to the November 3, 1887, issue of The [Statesville] Landmark.

It stated that on Tuesday, Nov. 1, 1887, a crowd of 2,000 or 3,000 assembled at Taylorsville “to participate in the soldiers’ reunion or to help celebrate the completion of the Statesville & Western Railroad.”

One box car of the train headed to Taylorsville had, alas, run off its track within two miles of town, on the night of October 31. It could not be gotten back on track until the evening of November 1, so that many who had wanted to join in the festivities were unable to do so. However, the Hon. Col. W.H.H. Cowles made the trip from aboard by other means, apparently, and joined Mr. R.Z. Linney, as both men were orators of the occasion.

About 200 old soldiers gathered Nov. 1 at the Presbyterian Church and proceeded in line to the courthouse yard, where Mr. Linney addressed them for 20 minutes. Col. Cowles then spoke about an hour. Afterward, Linney invited the soldiers present to dine at his home, having prepared a barbecue for them.

More speeches were promised that afternoon, if the train arrived from Statesville, and a crowd milled around, but “as shadows got long, their hopes died and they dispersed their several ways with the programme for the day half finished.”