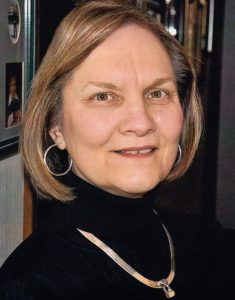 She attended the public schools of Alexander County and was a graduate of Alexander Central High School. Cathy later enrolled in real estate school and earned her Real Estate License and Broker License.

At an early age, Cathy professed her faith in Jesus Christ and was baptized at Liledoun Baptist Church, where she was a dedicated member her entire life. She served faithfully as a Sunday school teacher, and remained active during good health.

She was united in holy matrimony to Larry Neil Mecimore on June 25, 1971. They had one child, Patrick Neil Mecimore.

Mrs. Mecimore went to work at Duke Energy in 1980, and remained there until she took leave. She was instrumental in working with crews during power outages and scheduling work for the line crews. During her time there, she made many friends and enjoyed her career. She enjoyed beach vacations and spending time with her family. Her hobbies included collecting glass shoes, gardening, and riding motorcycles.

She was the pillar in our family, she remained strong, even more so for others. She always had a smile and an encouraging word for all that knew her. She departed quietly and peacefully on Friday, November 3, 2017, in her home, with her husband and mother by her bedside after a long battle with ALS.

A graveside service will be held on Monday, November 6, 2017, at 3:00 p.m., at Liledoun Baptist Church Cemetery, with Rev. James Lockee officiating.