In the end, the Cougars came out on top and upped the program’s current win streak to 23 games, dating back to October of 2015.

The Cougars snapped a 16-16 tie late in the fourth period when Jai Kwaun Tilley scored from two-yards out with 1:14 to play in regulation. Tilley added the two-point run to close the scoring.

After South took an 8-0 lead in the first period, ACHS got back-to-back rushing scores from its sophomore quarterback Easton Rhoney to build a 16-8 lead at the half. Rhoney scored on carries of one and 44 yards as Alexander built its eight-point halftime cushion. 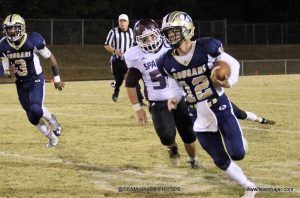 Easton Rhoney breaks off a long run vs. South Caldwell. 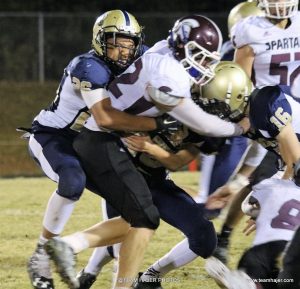 After South tied the score at 16-16 with 5:41 to play, the Cougars drove 65 yards in a dozen plays and snapped the deadlock on Tilley’s game-winning run.

Rhoney led the Cougars with 97 yards on 12 carries. Tilley, who spelled an injured Dayente Calhoun (injured ankle) for much of the second half, finished with 67 yards. Colston Yount chipped in with 55 yards and Calhoun added 47 yards before leaving with an injury.

The Cougars held a talented South Caldwell offense to just 162 total yards in the game. Tilley, who has led the ACHS defense in tackles all season, tallied a team-best 11 stops on the night. Yount chipped in with seven total stops for the young Cougars. Ibrahim and Bryson Abernathy added an interception each.

For more details from Thursday’s title win and for complete season stats, see the November 8th edition of The Taylorsville Times.

See tons of action photos from Thursday’s game at www.teamhajer.com. 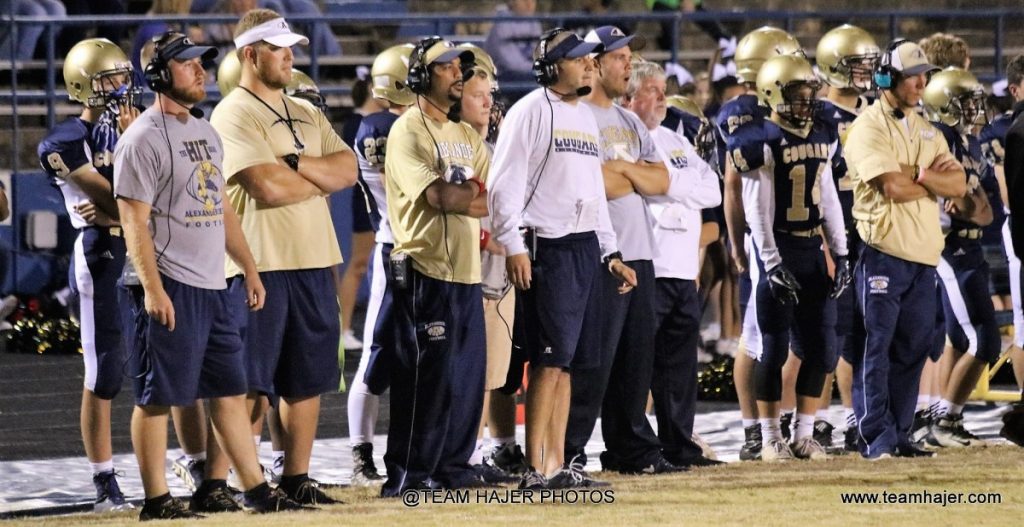 The Cougar Staff watches a key play from the sideline.