The Alexander Central Varsity Cougar Football recovered from a slow first quarter to roll off 50 straight points and cruised to a 57-14 win over the South Caldwell Spartans on Friday night, November 3, in Sawmills.

The win upped Alexander’s record to 10-1 on the season and clinched the seventh conference championship in the school’s 48-year history and its first since 2010.

South Caldwell (1-10) took a 14-7 lead in the first period but could not make the quick start hold up as Alexander scored 50 straight points to bust the game wide open.

For Alexander Head Coach Butch Carter, this is his third conference championship as a head coach. Carter, who won a pair of titles while at South Caldwell, led his team to Alexander’s first time in seven seasons on the same field in Sawmills that hosted his first two league triumphs. Carter’s Cougar teams are 2-0 at South Caldwell since he came to ACHS prior to the 2016 season. 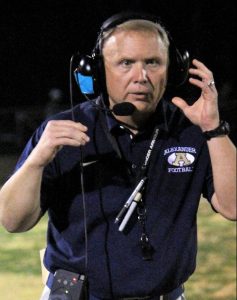 Butch Carter’s ACHS Team delivered the third league title of his coaching career and first as a Cougar.

Most of the game was played in a driving rain which took its toll on the Spartans, which fumbled nine times, losing five. The Cougars, on the other hand, responded well to the wet, muddy conditions. Alexander, which outscored the home team 29-0 in the second half alone, mishandled a kickoff in the early stages of the game but did not drop the ball once due to the weather conditions. As a result, Alexander rolled up 505 yards on the ground and finished with 524 total yards.

Bryson Godfrey ran for 171 yards on 15 carries and became the first player in ACHS history to surpass the 1,000 yard rushing mark in three straight seasons. He also tallied a pair of scores and became the school’s all-time leader in touchdowns with 49 in his career.

Devon Weiss, who left the game in the second period with a rib injury, ran for 113 yards and a score and eclipsed the 3,000-yard rushing mark in his career, making him the fourth Cougar to reach that mark in the school’s history.

Tevin Clark spelled Weiss in the second half and picked up where the senior had left off, scoring three times and rushing for 84 yards. Steven Montgomery and Gunnar Anderson also tallied scoring runs.

On of Friday’s most impressive statistics was the performance of senior place kickers Lisandro Lopez and Christian Romero. Much maligned all season for the inconsistency in the kicking game, Alexander’s duo performed masterfully on Friday despite the inclement weather conditions. Romero finished the night six for six on PAT attempts, while Lopez connected on his only attempt of the evening.

The Cougars will now wait on the NCHSAA to release playoff pairings on Saturday. ACHS is the top seed from the NW 3A/4A Conference and is expected to be rewarded with home playoff game. Playoff pairings will be announced once they are confirmed this weekend. 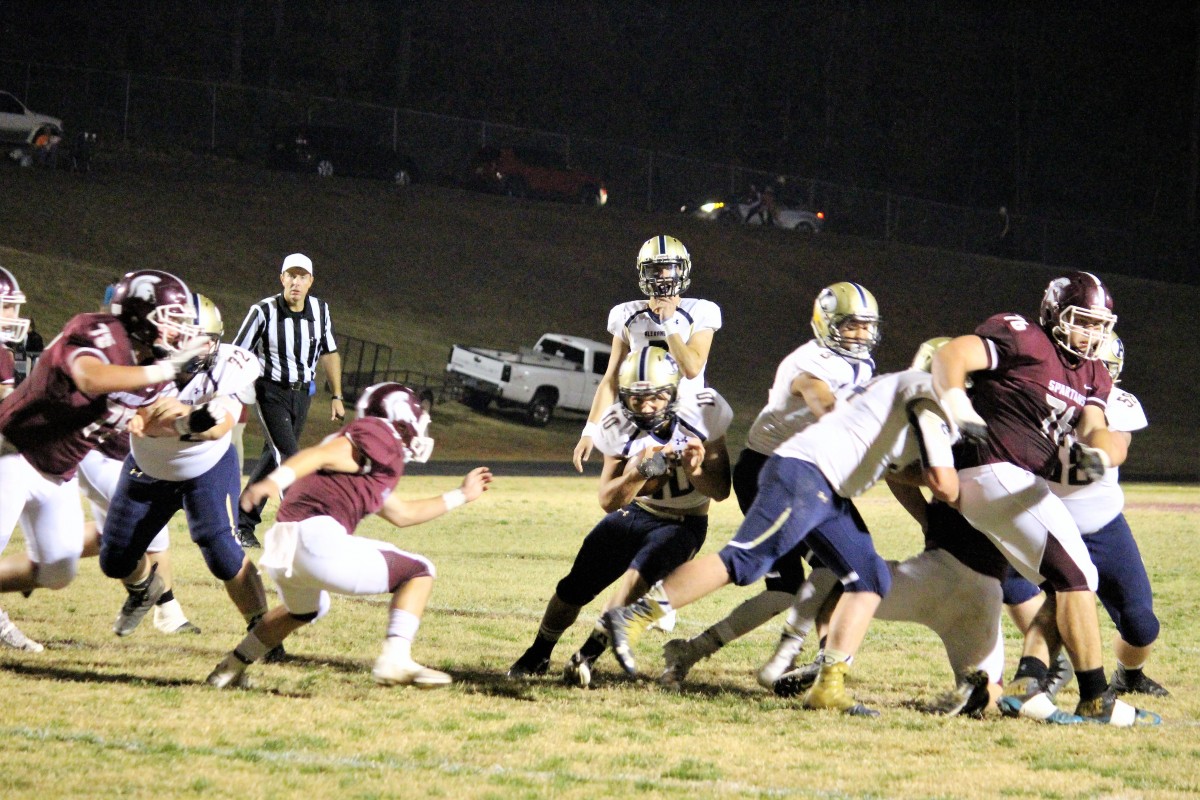 Devon Weiss gains some tough inside yards during the early stages of Fridays win at South Caldwell.