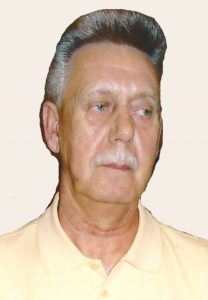 Mr. Bradshaw was born January 22, 1950, in Alexander County, the son of Hazel Vance Barnette Bradshaw of Hiddenite and the late Walter Foy Bradshaw.

He was a US Army veteran and was a member of Hiddenite Baptist Church. He had worked in the building industry as a job superintendent and a supervisor of apartment buildings.

He was a beloved son to his 100 year old mother, proud father and grandfather.

In addition to his father, he was preceded in death by a sister, Geraldine Bradshaw Stewart.

The funeral service will be held at 2 p.m., Wednesday, November 15, 2017, at Hiddenite Baptist Church. Rev. Zackary Deal and Rev. Dan Spears will officiate. Burial will follow in the Hiddenite Cemetery.

Adams Funeral Home and Cremation Services is honored to be serving the Bradshaw Family.