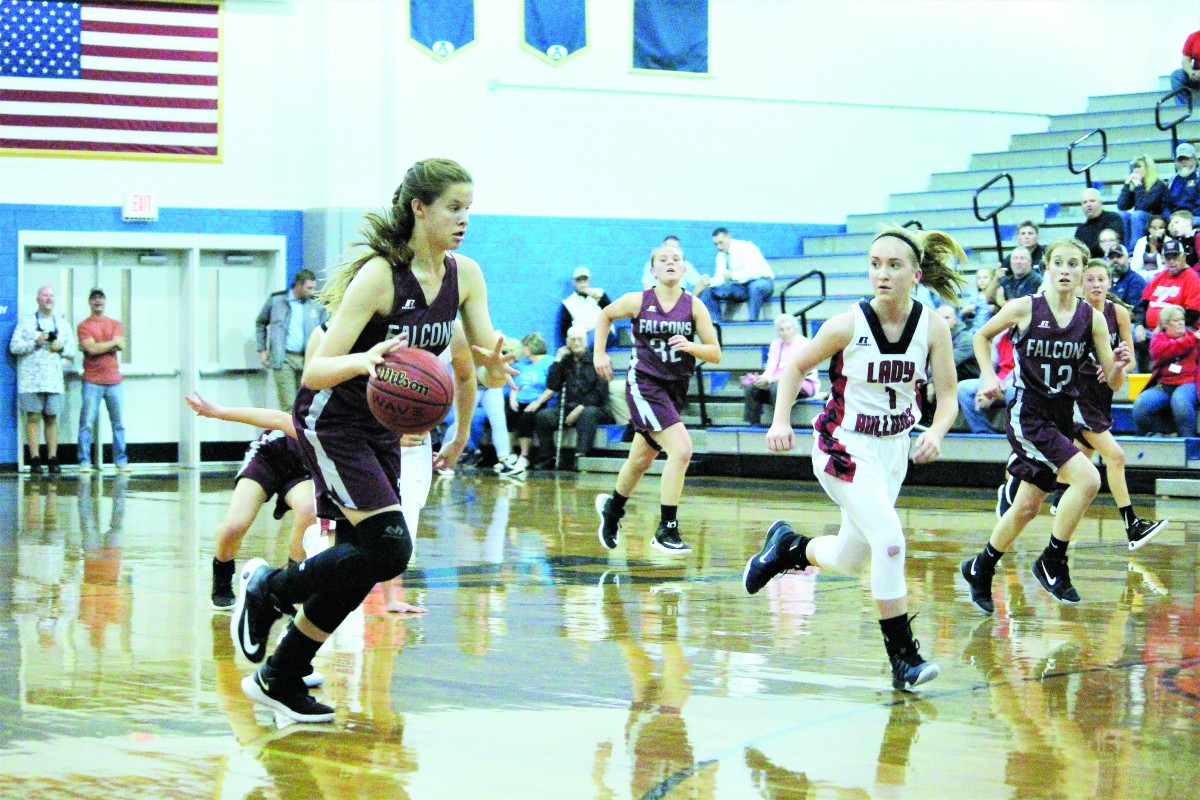 East Lady Falcon Madeleine Jenkins hurries the ball up the floor while West’s Julianna Walter hustles back on defense,

By D.N. PENNELL, Jr.
The Alexander County Middle School Basketball Teams reached the midway point of their seasons when East and West Alexander faced off in a hardcourt doubleheader at Alexander Central High School on Wednesday, November 15.
The East Alexander Teams managed a two-game sweep in the first of two regular season twinbills between the county’s two middle school programs.
With the wins, the East Alexander Girls and Boys Teams remained unbeaten on the season with matching 5-0 NW Middle School Conference records.
In the opener, the East Lady Falcons rallied from a sluggish first period to capture a 34-23 win over West.
West Alexander scored the game’s first  five points. However, East came to life late in the first period and took a 7-5 lead after one quarter. The Lady Falcons led 15-10 at the half.
The game was decided in the second half when the Lady Falcons broke the contest open with a 15-8 run in the fourth period.
On the day, East’s Madeleine Jenkins led the scoring with 14 points. Jenkins scored 10 points in the second half as the Falcons pulled away. Peyton Price scored seven points for the winning team.
Reid Pennell tallied 10 points to pace the West Alexander scoring effort. Julianna Walter chipped in with six points for the Lady Bulldogs.
In the nightcap, East Alexander built a comfortable lead  before being forced to hold off a late West rally in a 36-33 win.
Behind 11 first half points from Evan Presnell, the Falcons built a 24-16 lead at the half.
However, West Alexander bounced back in the second half and took a slim lead late in the game. Behind six points from Josh Barkley and three-point shots from Luke Hammer, Garrett Barnes, and Josh Stubbs, West Alexander battled back into the game. Late in the fourth, West took its first lead when Hammer nailed a long three pointer from the corner to put the Bulldogs in front 32-31.
West led 33-31 with just over a minute to play when Grove Lowrance of East connected on a three-pointer to put the Falcons back in front for good at 34-33. A pair of free throws by John Erkman down the stretch sealed the East win.
Presnell led all scorers with 14 points in the win, while Erkman finished with 11 points. Lowrance tallied seven points for East.
Barkley’s strong inside play led the way for West Alexander. The Bulldogs’ center finished with 13 points in the loss, while Josh Stubbs tallied five points. Dalton Beck added four points for West.
The two schools will play round two of the season series on Wednesday, December 6, at 5 pm, at Alexander Central. 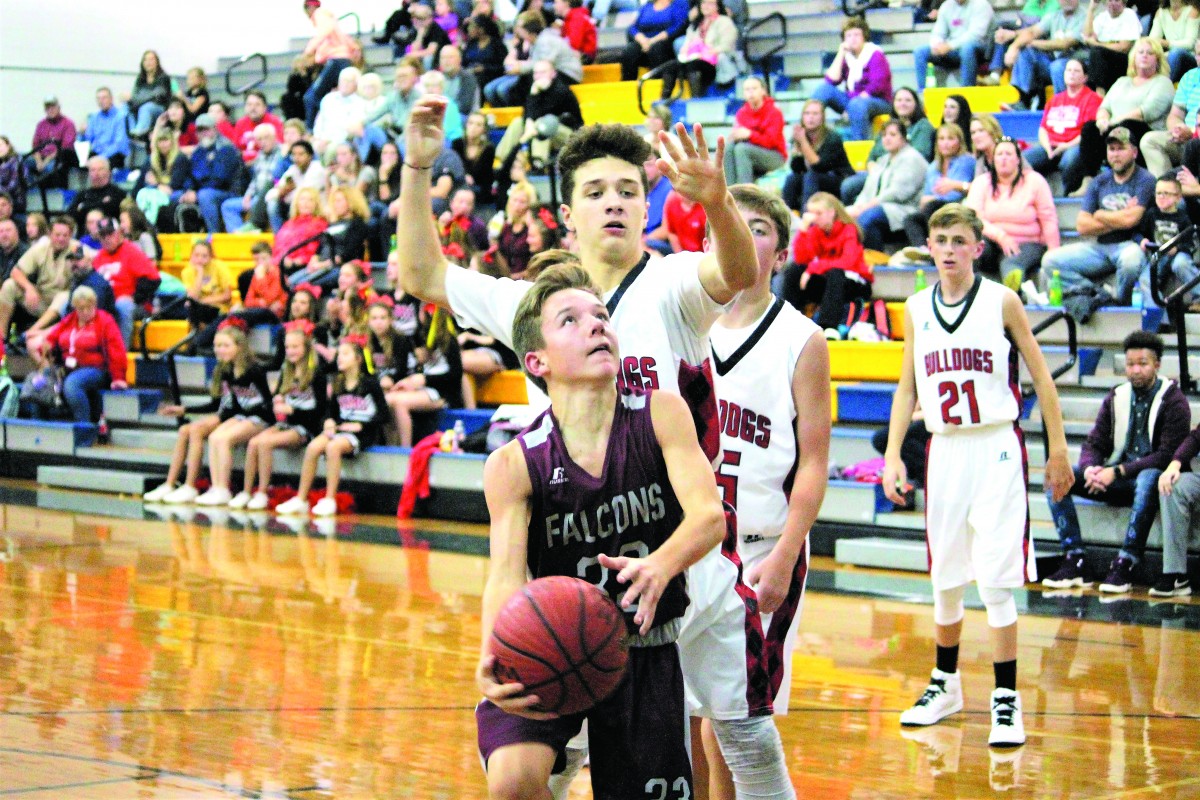