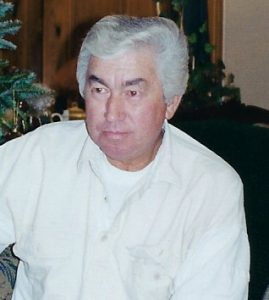 Elvin Eugene Rector, 74, of Cherryville, formerly of Hiddenite, passed away Friday, November 17, 2017 at CMC, Charlotte, after a nine week illness.

He was born June 29, 1943, in Alexander County, son of the late James Foy and Rachel Stikeleather Rector.

Elvin loved racing, his career spanned more than 40 years in the racing industry. He started out in the Sportsman Division, with lifelong friend Harry Gant. He then moved on to NASCAR car #22, the Bobby Allison team, winning the championship in 1983. He later joined the Hooters Pro Cup Series, serving as Crew Chief for driver Marty Lindley.

After his retirement, he returned to Alexander County and lived at the family home, caring for his mother until her death. Elvin was always on the go, not sitting around unless he was watching sports. He enjoyed spending time with his buddies; hanging out at Plato’s talking about the Good Ole Days.

In addition to his parents, he was preceded in death by a sister, Modean Robinette; a brother, Butch Rector; a brother-in-law, Jr. Crouch; and the mother of his children, Betty Sue Isenhour Rector.

Elvin is survived by two sons, Ricky Rector and girlfriend Dana Helms, and Eric Rector and wife Michelle, all of Hickory; a daughter, Tina Armstrong and Mark Rosskamp of Hickory; five grandchildren, Ryan Rector and wife Kelli, and Ashlyn, Tori, Dakota and Ethan Rector; two great-children, Bailyn and Campbree Rector and fiancé Jerry Shepherd; and her great-grandson, Wyatt who loved his Papa Elvin.

Condolences may be e-mailed to the Rector Family by visiting our website at www.chapmanfuneralhome.com.

Chapman Funeral Home is assisting the family of Elvin Rector.