The Alexander Central Varsity Women’s Basketball Team made a winner out of first-year coach Jonathan Winkler in his first game on the Lady Cougar bench on Tuesday night, November 21, at Ashe County. 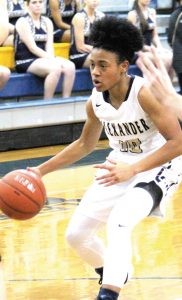 Behind a game-high 23 points from Key Key Miller, the Lady Cougars edged Ashe County 46-44 in the season opener for both teams in West Jefferson.

The Lady Cougars (1-0) shot 40 percent from the floor but struggled to take care of the ball, committing 30 turnovers in the game. 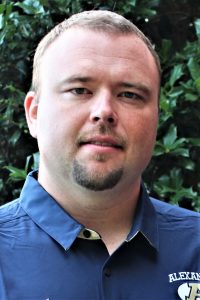 In Tuesday’s men’s game, Ashe County outscored the Varsity Cougars 14-8 in the fourth period to snap a 27-27 tie at the start of the frame. The Cougars trailed 25-17 at the half before outscoring the home team 10-2 in the third to forge a 27-27 tie entering the fourth.

The Cougars shot 41 percent from the floor but struggled at the foul line, converting just two of eight shots for 25 percent.

Junior Dawson Elder led the Alexander scoring with 11 points on five of nine shooting. Jackson Barr added five points for the Cougars in the loss. Ashe’s Grant Thompson led all scorers with 17 points.

In the first game of the day, the JV Lady Huskies built a 21-13 lead through three periods and held on to post a 29-26 win over ACHS.

Gracie Rhoney and Morgan Jenkins led the young Lady Cougars with eight points each in the loss.

In game two, the JV Huskies took a 19-5 halftime advantage and claimed a 38-32 win over the Alexander JV Cougars. ACHS outscored the Huskies 27-19 in the second half but could not recover from the halftime deficit.