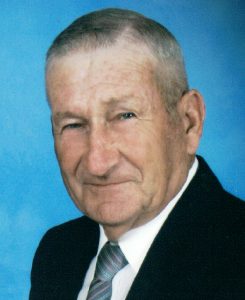 Mr. Herman was born November 4, 1935, in Alexander County, the son of the late Robert Glen Herman and Anna Herman Herman.

He had worked as a farmer and also a law officer for 14 years. He was a member of Mt. Herman Baptist Church and also attended Country Grace Church.

He enjoyed fishing with his grandchildren. Ned was famous for his turtle stew and homemade sausage. He was a member of Dairy Farmers of America since 1979, an honorary member of the Alexander County Republican Party, and was a stockholder at Adams Funeral Home.

The funeral service will be held at 11 a.m., Tuesday, November 28, 2017 at Mt. Herman Baptist Church. Rev. Paul Schronce and Rev. Dwight Austin will officiate. The body will lie-in-state 30 minutes prior to the service. Burial will follow in the church cemetery.
The family will receive friends from 6-8 p.m., Monday, November 27, 2017 at Mt. Herman Baptist Church.