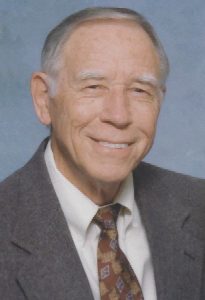 He was born in Salisbury, son of the late Abner Clyde, Sr. and Edna Jane McLeod Harrington.

He served in the United States Navy during World War II and the Korean War. Abner spent his career with Southern Bell and retired from AT&T. He was a member of First Baptist Church Gastonia, where he taught Sunday school and was a choir member for many years. He was a devoted member of The Gaston ChordWeavers, where he sang bass. One of his greatest joys was music and singing barbershop harmony with The Gaston ChordWeavers.

In addition to his parents, he was preceded in death by his wife of 62 years, Pat Ross Harrington; brother, Dan Harrington; and sister, Bessie Nelle Nelson.

Those who wish may sign the online guest registry at www.cannonclevelandfunerals.com.