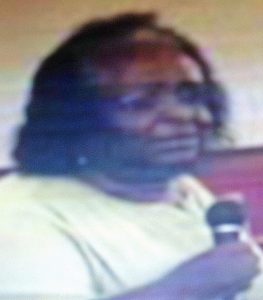 Clara Mae Smith, 77, of Roger Farm Lane, Hiddenite, went home to be with her Lord on Monday, November 27, 2017 at Maple Leaf Nursing Home in Statesville.

She had worked for Holly Farms Plant of Hiddenite and also for the Alexander County School System, where she retired after 27 years of service. Clara was a member of Smith Grove Baptist Church, in Hiddenite, and also a member of the church choir. She loved to travel near and far singing the gospel. She and her voice will be greatly missed.

Those left to cherish her memory include a daughter, Kathleen Smith Odom of Hiddenite; a grandchild, Daniel Lee Smith; a sister, Sylvia Dean Smith Flowers of the home; two brothers, Kenneth Wade Smith and Roy Lee Smith, both of the home; and a host of nieces, nephews, cousins, and friends.

The Going-Home service will be at 2 p.m., Saturday, December 2, 2017 at Smith Grove Baptist Church. Pastor William Little and Pastor James Millsaps will officiate. Burial will follow in the church cemetery. The family will receive friends one hour prior to the service.

Memorial donations may be made to: Adams Funeral Home, PO Box 937, Taylorsville, NC 28681 to help the family with funeral expenses.