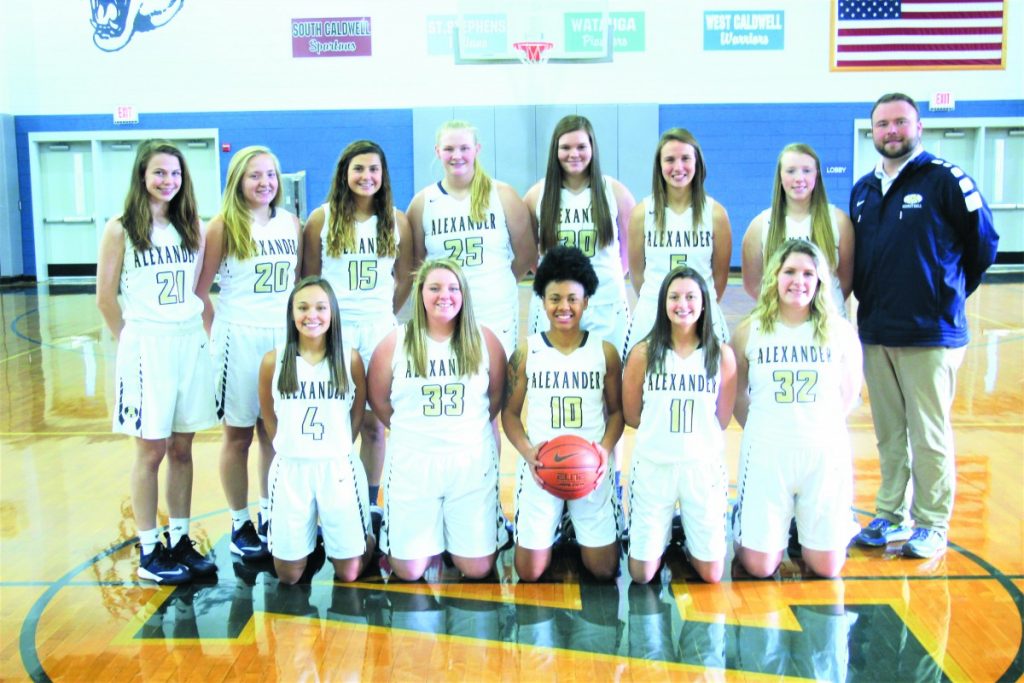 By D.N. PENNELL, Jr.
Last week, the Alexander Central Varsity Women’s Basketball Program tipped off the new season, the first campaign with Jonathan Winkler on the bench as the program’s head coach.
The Lady Cougars slipped past Ashe County to make the new head coach a winner in his first ever game in the position. A veteran of coaching in football and track and field, Winkler is venturing into the basketball relm for the first time this season.
The coach will lead a Lady Cougar program which returns three seniors from last season’s squad and five seniors overall.
Winkler’s team will look to returning All-Conference player Key Key Miller to lead the team this season. A starter last season, Miller was the second leading scorer for ACHS last season.
Coach Winkler recently described his 2017-18 varsity players as follows:
SENIORS
* Gracie Chapman-  comes into this season after not playing last year.  She is going to be looked at as a leader on and off the court.  She has tremendous work ethic and we look to see some really good things from her this season. She is a captain on this team, and will play the guard position this season.
* Kacey Payne- this is Kacey’s second year on the varsity team where she will be relied on to be a leader amongst the post players.  She is a fierce competitor who has worked very hard in the off season to be the best athlete that she can be.  She is by far the strongest on the team,  and will be able to utilize that strength to put herself in good positions to help our team be successful.  She is a captain on this team and will play the Post position this season.
* Quiariana Miller – “Key Key” is a returning three- year  varsity player and will be leaned upon to be an on court leader.  She is the most athletic member of this team and will be able to use her athleticism to excel both on offense and defense.  She is our team’s top returning scorer and will be a threat to score wherever she is on the floor.  Her speed and quickness will be able to create plenty of opportunities to help this team be successful.  She is a captain on this team and will play the guard position this season.
* Jessica Robles – Jessica is a returning three year varsity player and we will depend on her experience to help lead the team
on the court.  She has a wonderful work ethic and a “will not quit” attitude.  She is a very smart player and will utilize that intelligence to put herself and the team in positions to be successful.  She is a captain on the team and will play guard position this season.
* Emily Bradbury –  She is a first time senior basketball player that has worked hard in the offseason to get better.  She is a hard working young lady and uses this work ethic to continue to learn the game of basketball. She will play the post position this season.
JUNIORS:
* Jordan Black – She has some varsity experience as she was pulled up last year from the JV team.  She is a hybrid player that will play both the post/guard position this season.  She has had a good offseason where she has developed into a pretty good shooter that and her tenacity while playing defense will enable her to help the lady cougars basketball team be successful this season.
* Rylie Rhyne – Rylie might be one of the faster   girls on the team with a motor that just won’t quit.  She played JV last year primarily playing good solid defense.  We anticipate her to be a viable defensive player this year for the varsity team.  She will play the post position this season.
* Sydney Sharpe – She played on varsity last year as a sophomore and is our second leading scorer from last year’s team.  She is a pure shooter with the ability to find  open space on the court for her shot.  She is a smart basketball player that  understands the game and how off the ball movement can create opportunities for her and the team to be successful.  She will play  guard position this season.
SOPHOMORES:
* Malorie Glenn – This young lady returns this season on the varsity squad after playing varsity last year as freshman.  She is a hard working player who is very knowledgeable about the game of basketball.  Along with Kacey, she is relied upon to be a leader at the post.  She is a student of the game and does not miss an opportunity to ask questions to learn more about the game.
*  Lanie Hammer – Lanie is a very athletic young lady who seems to find joy in playing good solid defense.  She is quick and is able to use that quickness to put herself in position to create turnovers. Lanie is a tough young player and will get many opportunities to help the team this season.  She will play guard this season.
*  Teagan Pennell – Teagan is another very athletic young player moving up to the varsity level this season.  Last year on JV,  she averaged six points per game.  She worked hard in the offseason to put herself in a position to be on the varsity team.  She is athletic enough to be able to play both guard and post if needed.
FRESHMAN:
* Nikki Hagy – Nikki is our only freshman on the varsity team.  She had a stellar middle school career and has since brought the ability up to the high school.  She has worked hard on her footwork so far this season,  which has allowed her to be successful in the low post.  Nikki is a dominant rebounder and will be relied upon to crash the boards.  She will play post this season. 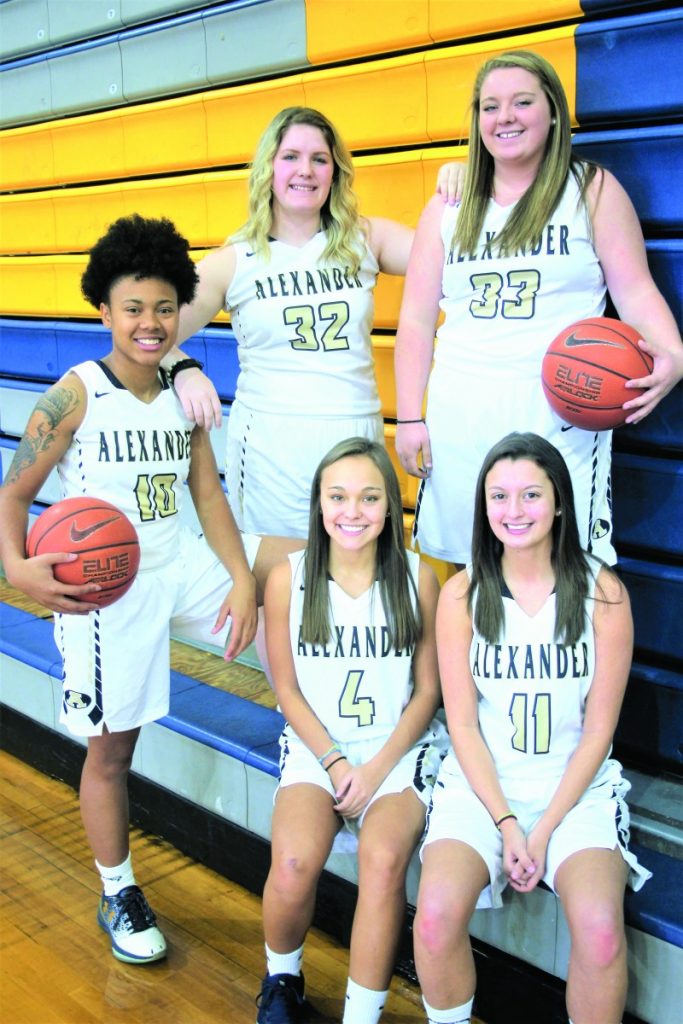