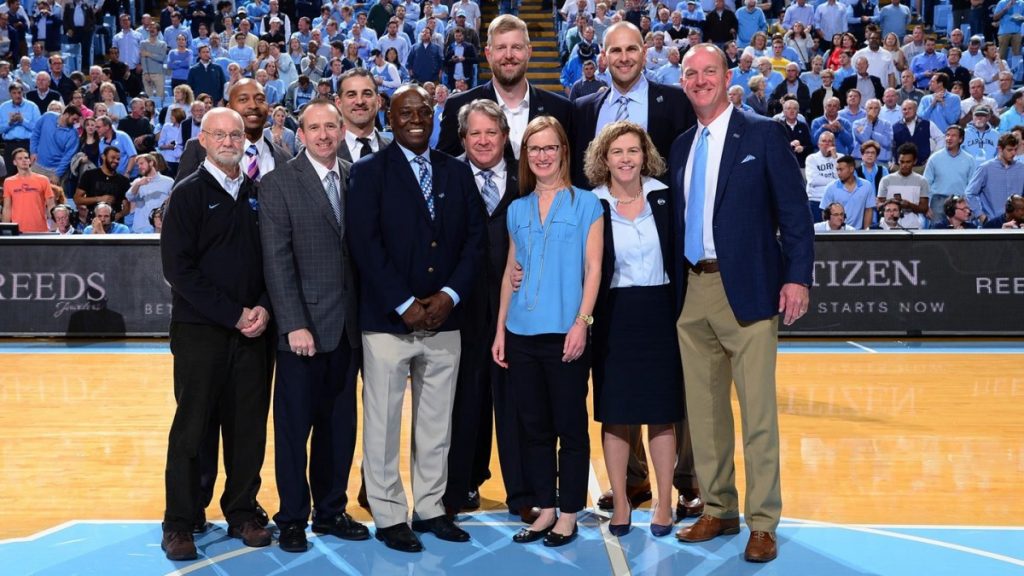 ACHS Coach Ed Wills is pictured above with Coach Phil Ford and several members of the 1993 UNC National Championship Team during the November 29 game in Chapel Hill. (photo: UNC Athletics)

During  the  November 29,  North Carolina  game vs. Michigan,  the Tar Heels honored members of the 1993 championship team. It was 25 years ago that they won the National Championship, beating these same Wolverines. Alexander Central Head Basketball Coach served as the Team Manager for Coach Dean Smith on the 1993 Championship Team and was among the team members honored at the Dean E. Smith Center during the UNC win. The Tarheels topped the Wolverines 86-71 as part of the ACC vs. Big Ten Challenge.