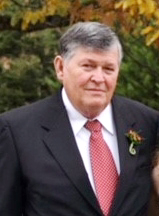 Born in Iredell County, he was the son of the late Crowson and Zeb Milstead Matlock. James was a very loving, caring, and giving person. He was a Master Mason and Shriner. James was the owner of Yellow Cab Company and Diamond Cab Company of Hickory.

In addition to his parents, he was preceded in death by his brothers, Marvin, Rom and Albert Matlock.

A private graveside service will be held for the family.

In lieu of flowers, memorials may be made to Shriner’s Children’s Hospital.

Condolences may be left at www.catawbamemorialpark.com.

The Matlock Family is under the care of Catawba Memorial Park, Funerals & Cremations.