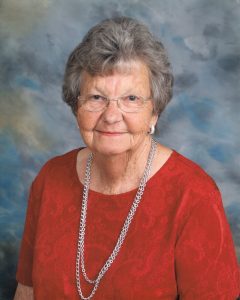 Louise Price Herman, 87, of Taylorsville, went to her heavenly home on Sunday, December 10, 2017, at her residence, surrounded by her family.

She was born on February 5, 1930, daughter of the late Jeff and Neva Payne Price. Louise was a member at Three Forks Baptist Church for over 70 years and was a member of the Golden Circle Sunday School Class. Louise spent her life farming with her late husband of 48 years, Richard Herman, and after he passed away, she still took care and worked the farm. She loved being a farmer’s wife along with being a wonderful wife, mother, grandmother, and friend to all. Louise was a special jewel to those around her, and she will truly be missed but will forever be in our hearts.

Along with her parents and husband, she was preceded in death by six brothers and three sisters.

The family will receive friends on Thursday, December 14, 2017, from 1:30 p.m. – 3:30 p.m., at Three Forks Baptist Church, and the funeral service will follow at 3:30 p.m. with Dr. Carson Moseley officiating. Burial will follow in the church cemetery.

Alexander Funeral and Cremation Service is serving the family of Louise Price Herman.