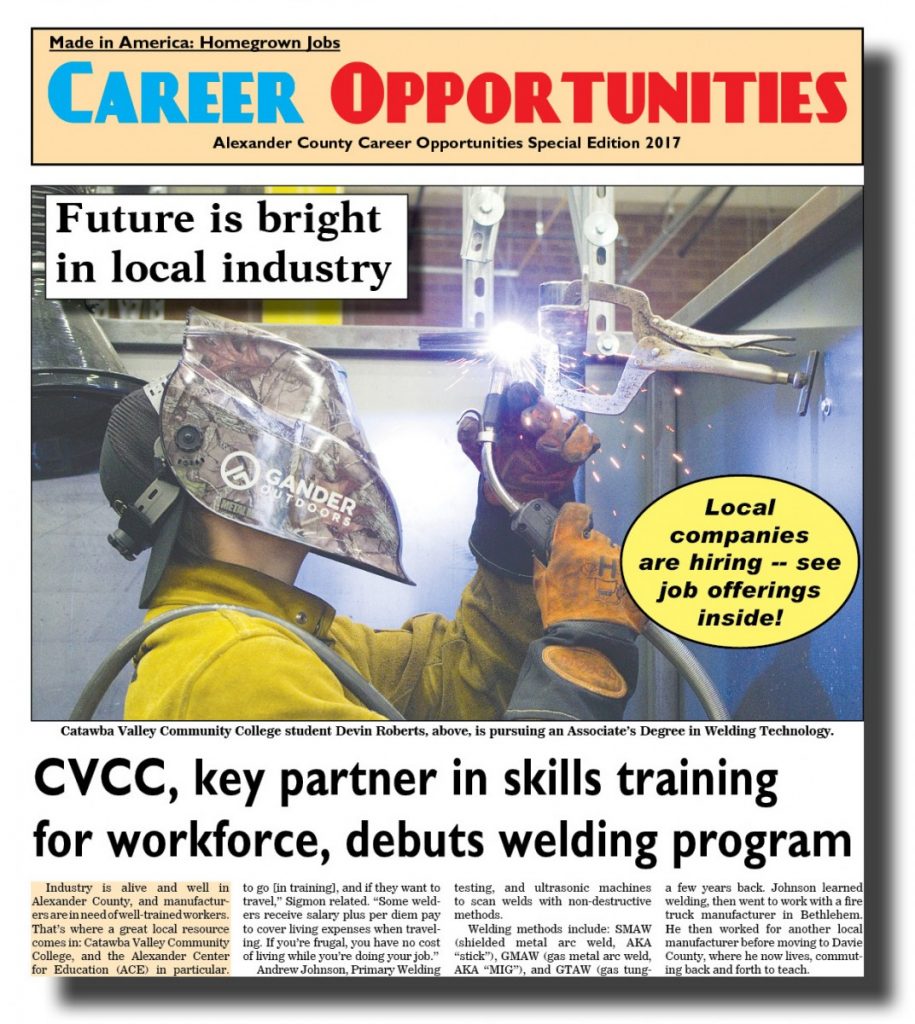 A special supplement to The Times this week, titled “Career Opportunities,” looks at the many manufacturing jobs available in Alexander County. The supplement is included in this  issue (begins on Page 24 for electronic Online Edition readers).

A feature article in the section spotlights the new Welding Program offered at CVCC in Taylorsville, in a field which is hiring students as soon as they graduate, with high wage-earning potential. The CVCC Alexander Applied Technologies Center is home to the Welding Program as well as the college’s Alexander Furniture Academy instruction area and Furniture Showroom and Alexander Early College. It is located at 231 Industrial Blvd. in Taylorsville.

According to the National Federation of Independent Business (NFIB), MarketWatch reported Dec. 8 that “American manufacturers are flexing their muscles again,” as hiring by industrial firms saw “the second biggest increase in four years.” In addition, “over the past year, manufacturers have added almost 200,000 new jobs,” the largest 12-month increase since 2015. NFIB quotes MarketWatch as saying, “manufacturers have now added just over 1 million new jobs since industry employment fell to a post-World War II low of 11.45 million in early 2010,” adding that “manufacturers have managed to add workers, despite a growing shortage of skilled laborers.”

Alexander unemployment rate is only 3.4 percent