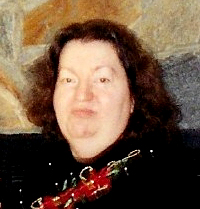 She was born December 19, 1953, in Chester, Delaware County, Pennsylvania, daughter of Colene Evelyn Mayberry Warren Cockrell of Taylorsville and the late William Bruce Warren. She graduated Gardner-Webb College with a degree in Nursing. She was a Registered Nurse. She was also a member of Beulah Baptist Church.

Memorials may be given to the charity of your choice.

Condolences may be emailed to the Stafford Family at www.chapmanfuneralhome.com.