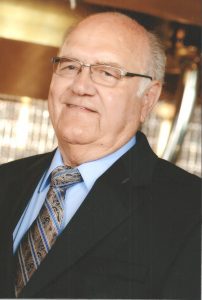 He was a US Army veteran, who had served during Korea, and was of the Baptist faith.

Jimmie was a lifetime member of DAV Chapter 84 of Taylorsville and a member of the Carolina Classic and International Thunderbird Club. He was a part of the Honor Guard and folded numerous flags for his fellow veterans. He loved old cars and caring for his lawn. He was also a stockholder of Adams Funeral Home.

Including his parents, he was preceded in death by two sisters, Thelma Bowman and Ann Crouch; and a brother, William Morrison.

Those left to cherish his memory include his wife of 52 years, Brenda Kay Fox Morrison of the home; a number of nieces and nephews; and numerous friends in the Thunderbird Club who stood by Jimmie.

The funeral service will be held at 2:30 p.m., Sunday, December 17, 2017 at Adams Funeral Home Chapel. Chaplin Jeff Carson and Speaker Dale Sherrill will officiate. Burial will follow in the Concord Baptist Church Cemetery with full military honors accorded by DAV Chapter 84 and Chapter 6. The family will receive friends, from 1-2:30 p.m., prior to the service.

The family would like to express their appreciation to Davis Regional Hospital and Gordon Hospice House for all their support during Jimmie’s illness.

Adams Funeral Home and Cremation Services is honored to be serving the Morrison Family.