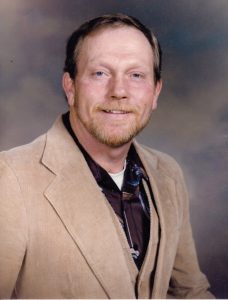 On Sunday, December 17, 2017, after 16 years of declining health, Paul Daniel Christopher, also known as “Uncle P” to his family and friends, age 71, of Stony Point, took his heavenly flight to be with his Lord and Savior, with his family by his side at his residence.

He was born on September 21, 1946, to the late Roby and Stacy Bost Christopher. Paul was a self-employed painter and ceramic tile installer. Prior to his self-employment, he was a driver for Grey Rock Farms. He received the driver of the year award for 13 years without an accident. Paul was an avid sportsman enjoying softball, where he was well known for his home runs and MVP awards, as well as deer hunting and fishing. He was a hero and mentor to many. Paul was a member of Mt. Nebo Baptist Church where he was a bell ringer. He was a Bluegrass Gospel fan and loved to play his guitar and sing, especially for his church.

Those left to cherish his memory include his wife of 37 years, Betty Barnes Christopher and “Sissy” man’s best friend of the home; daughter, Dan’elle Anderson and husband Marty of Mocksville; step-son, David Sigmon and wife Marie of Statesville; step-daughter, Teresa Burgess and husband John Alan of Hickory; grandchildren, Majesta and Graylan Anderson of Mocksville; step-grandchildren, Lindsey Sigmon of Statesville, Bradley Burgess and wife Savanna of Boonville, Jessica Flowers and husband Zachary of Hickory, and Tyler Burgess of Hickory; sister, Peggy Douglas of Stony Point; several nieces and nephews; a special hunting buddy and longtime friend, Grey Pardue of Statesville; and an innumerable amount of friends.