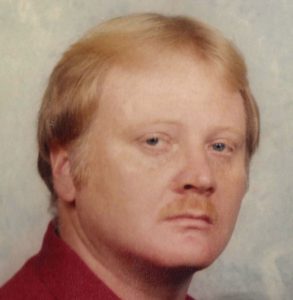 Redman was a professional truck driver for 45 years, mostly with Comm/Scope and ending with Carrigan and Sons. He was a member of White Plains Baptist Church. He was a loving husband, father, and grandfather.

Those left to cherish his memory include his wife of 33 years, Vicki Jenkins McAlpin; two sons, Tanner Parks McAlpin, and Taylor Paige McAlpin and wife Nereida, all of Taylorsville; a grandson, Auron Alexander McAlpin; and mother-in-law, Alta Mae Jenkins of Taylorsville.

The funeral service will be held at 11 a.m., Saturday, December 23, 2017 at White Plains Baptist Church. Rev. Tony Daniels will officiate. Burial will follow in the church cemetery. The family will receive friends one hour prior to the service.

Memorials may be made to: White Plains Baptist Church Cemetery.

The family would like to express a special thanks to Jeffery Carrigan and Redge Mays for their many acts of love, brotherhood, and transportation; the Alexander EMS first responders for their long and faithful efforts; and all our neighbors and friends, who gave of themselves so selflessly. He was so grateful for every act of kindness shown to him and us. And, to Rev. Tony Daniels for his love, support, visits, and constant prayer. The White Plains Church family received him with open arms, love, and support, which meant so very much to him.

Adams Funeral Home and Cremation Services is honored to be serving the McAlpin Family.