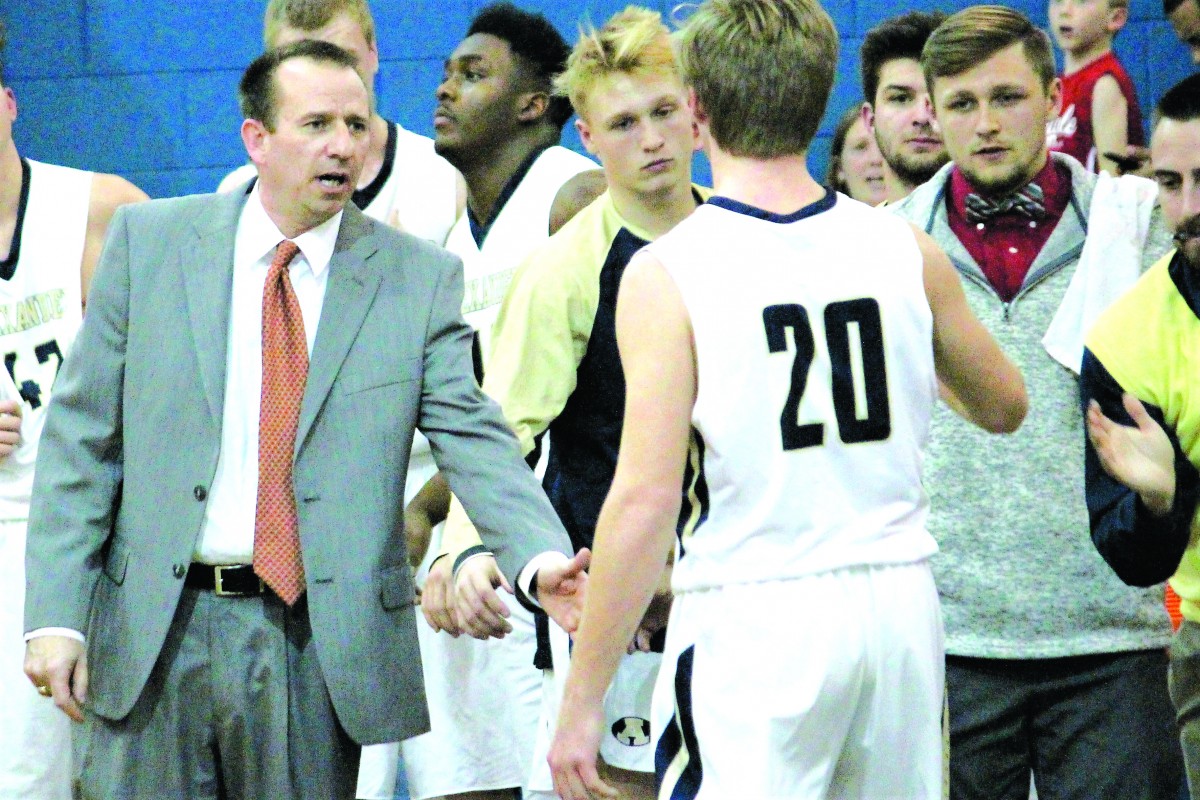 The win upped the Cougars’ record to 2-0 in the league and 4-3 overall and gave Coach Ed Wills his 200th career high school coaching win. Wills is currently in his 14th season at ACHS and is second only to Dale Yount (256) in coaching victories at the school.

Wills’ 200th win came in exciting fashion as his team rallied from behind in the final stages of the game. The Cougars scored the game’s final five points and took the lead for good when sophomore Jem Lowrance scored on a three-point play with 46Â  seconds to play in the fourth period. 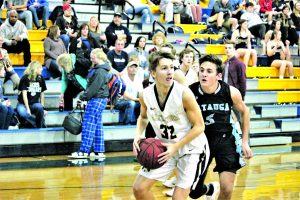 “It was a big win for our team.  There are stretches that we play good basketball, now we just need to find a way to sustain it.  I am proud of how we fought back and made winning plays down the stretch.  We got some important stops when we needed them and then played with better confidence on offense.  We have a number of guys beginning to step up and I think we are going to continue to improve as we gain experience,” Wills said Wednesday morning. “It is important to start off league play on a good note.  This is a very tough basketball league and to start 2-0 should build some confidence.  We have been able to win 2 hard fought games and we will have to win these types of games to be competitive in the conference.”

The Coach added, ” I have never been really concerned with milestones and accolades.  I would much prefer the focus be on our players and their accomplishments.  These wins are a result of the sacrifices made by a lot of players, coaches, and managers.  I am forever indebted to them for their commitment to the team first and for believing in me.  The fact that our program has earned 200 wins during my time here is a tribute to them. I am proud of what they have accomplished and hope that this program will be something that they will always be proud to be a part of.”

Alexander survived a pair of Pioneer possessions down the stretch to secure the milestone victory for its coach and improve to a solid 2-0 mark in the NW 3A/4A.

The game was tight from start to finish resulting in 10 lead changes on the night. The Cougars held a 32-25 lead at the half but trailed 46-41 entering the fourth quarter. Early in the fourth, the Pioneers’ lead grew to as many as seven points.

However, Alexander managed to claw its way back into the game down the stretch and the 5-0 run to close the game was the difference.

Blan Hodges lines up a three pointer in the first half vs. Watauga.

Alexander enjoyed one of its best shooting nights of the year, hitting on 50 percent of its shots from the floor. The Cougars finished five of 10 on three point attempts and 19 for 38 on field goals overall. The team was also red-hot at the foul line, converting 21 of 23 free throw attempts.

Three Cougars finished the night in double figures led by Lyndon Strickland. For the second straight game, Strickland led the ACHS effort with a team-high 20 points. Blan Hodges was two for three from three-point range and seven for seven from the charity stripe to finish with 15 points.

Lowrance enjoyed another solid game off the Cougar bench, recording 11 points and a team-best eight rebounds.   Watauga’s Alex Marinakis led all scorers with 21 points in the loss.

The Cougars are slated to host Statesville in non-league games on Wednesday, December 20, before entering the Christmas break.