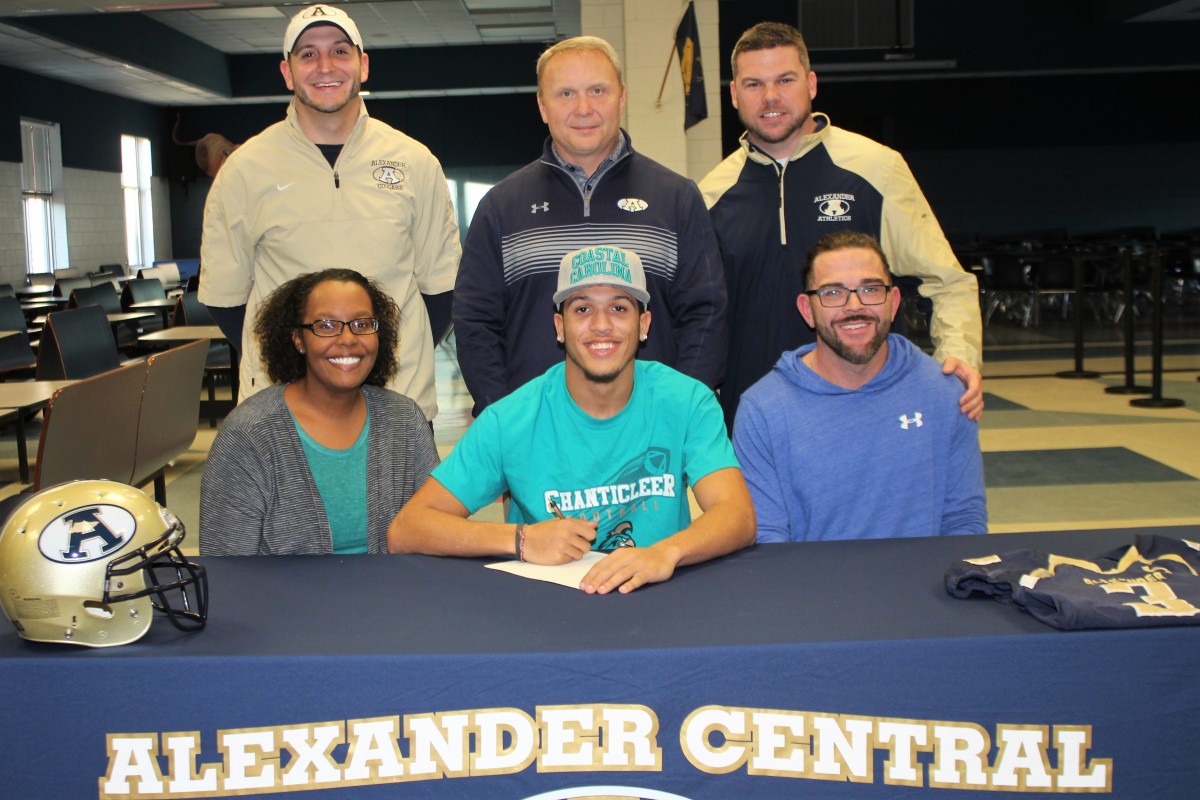 Alexander Central senior football player Bryson Godfrey made it official on Wednesday morning, December 20, when he signed his national  letter of intent to Coastal Carolina in Conway, SC. Godfrey, who is the son of Talia and Shannon Godfrey of the Ellendale Community, took advantage of the NCAA’s new early signing day for college football when he inked his letter to Coastal. Godfrey, who is pictured with his parents, ACHS Head Football Coach Butch Carter, Offensive Coordinator Matt Wilson, and Running Backs Coach Lee Crawford, is the all-time leading rusher in ACHS football history. He also holds the school record for touchdowns in a career with 50. Godfrey chose Coastal Carolina after receiving more than 15 offers from Division I and Division II schools.