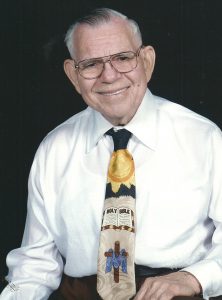 He was a US Navy veteran, who had served during WWII in the Philippines, and was a member of North Side Baptist Church. Kenneth had retired from Broyhill Furniture.

In addition to his parents, he was preceded in death by his wife, Gerry Ann Payne Cox; a son, Kenneth Edwin Cox, Jr.; five brothers; and five sisters.

No formal services are planned. Kenneth’s wishes where to have his body donated to Wake Forest School of Medicine.

Adams Funeral Home and Cremation Services is honored to be serving the Cox Family.