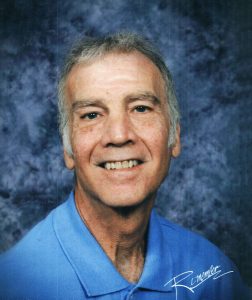 Alan is survived by two sons, Andrew of Raleigh, and Matthew of Conover; his mother, Gilda Pennell of Conover; two brothers, Randy of Atlanta, Georgia, and Mark Pennell and wife Faith of Conover; numerous nieces, nephews, and cousins; and his dog, Bernie.

During Alan’s teenage years in the Boy Scouts, he achieved the mark of Eagle Scout and the God and Country Award. He was also Vice-President of his High School Senior Class. Alan graduated from Caldwell Community College with an Associates Degree. He became a tennis coach and was a top car salesman for several years. Alan wrote many songs, and at one point in his life, he was President of Song Writers.

The family will receive friends from 3 – 4:00 p.m., Wednesday, January 3, 2018, at First United Methodist Church, in Conover. The funeral service will follow at 4:00 p.m., with Rev. Dr. Gary Royals officiating. A private inurnment be in the Church Columbarium at a later date.

In lieu of flowers, memorials may be sent to the Boy Scout Troop of First United Methodist Church and Home Missions.

Online condolences may be sent to www.jenkinsfuneralhome.net.

The Pennell Family has entrusted arrangements to Jenkins Funeral Home and Cremation Service, in Newton.