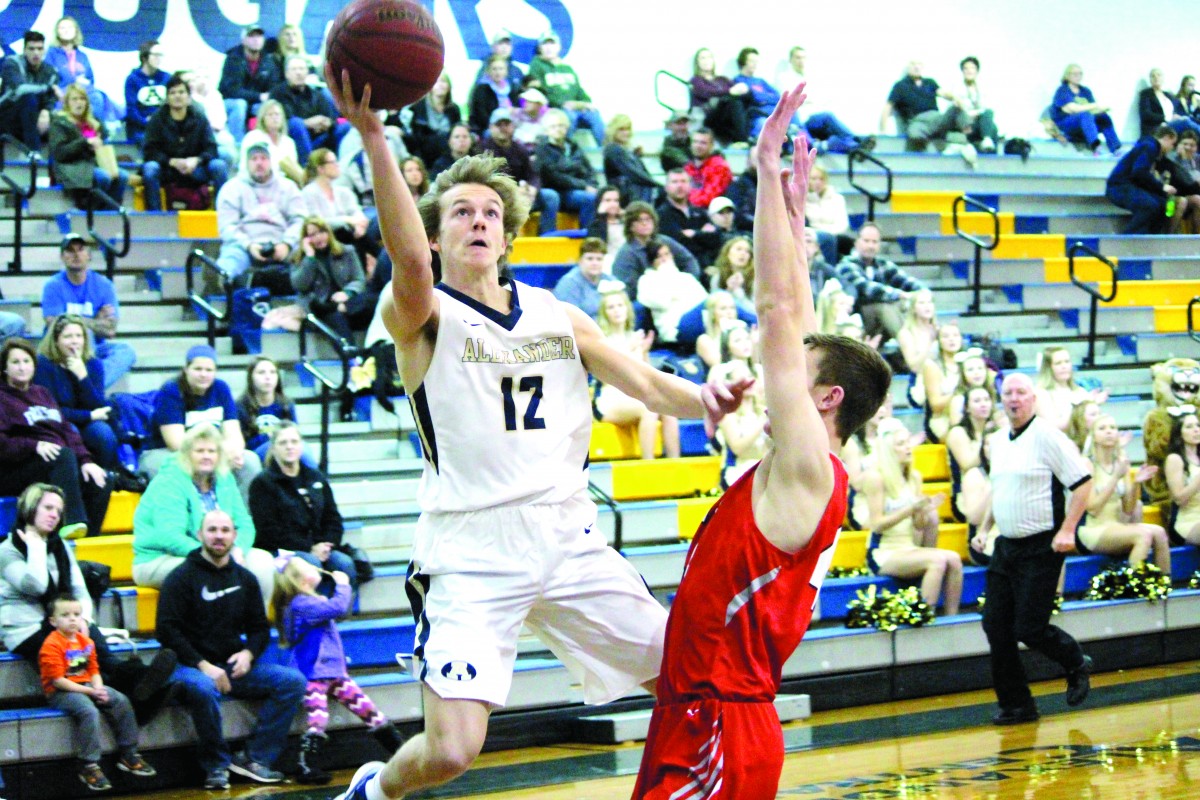 The ACHS Basketball Teams returned from the Christmas Break and hosted St. Stephens in NWC games on Tuesday, January 2, in Taylorsville. Above, senior guard Blan Hodges gets free for a layup attempt during Tuesday’s varsity men’s game in the Cougar Den. Hodges finished with a game-high 16 points.

By D.N. PENNELL, Jr.
The Alexander Central Varsity Men’s Basketball Team upped its Northwestern 3A/4A Conference record to 3-0 with an impressive 46-34 win over the St. Stephens Indians in the Cougar Den on Tuesday night, January 2.
Alexander, which improved to 6-6 on the year, used a 10-0 run in the second quarter to seize control of the game 17-8 at the half. Alexander added to its lead in the second half and captured a key league victory. The Cougars shot 40 percent from the floor in the win and committed just 11 turnovers. Defensively, ACHS forced 15 Saint turnovers and held the Springs Road visitors to just 30 percent shooting from the field.
Senior Blan Hodges’ recent hot play continued as the Cougar guard finished with a game-high 16 points. Sophomores Zach Wooten and Jem Lowrance turned in strong performances in the win. Wooten netted nine points, while Lowrance scored eight points and collected a team-best nine rebounds. Lowrance’s efforts on the boards led to ACHS out-rebounding the Indians 27-25 on the night.
The ACHS Teams will play two more home games this week. The Cougars are slated to host Ashe County in a make-up games this afternoon. On Friday, January 5, the team gets back into league contests against McDowell. JV games start at 4 pm and varsity contests tip off at 6 pm.