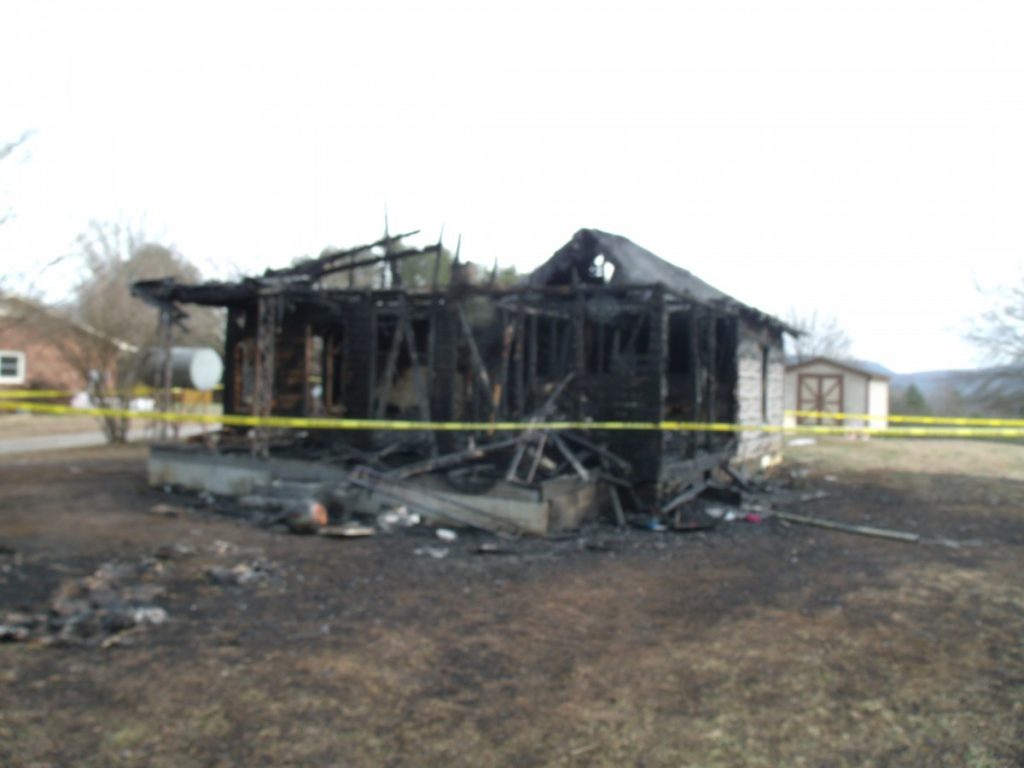 This home was gutted by fire on January 3 in Bethlehem. (Alexander Co. Fire Marshal photo.)

On Wednesday, January 3, 2018, at 3:49 a.m., Bethlehem Fire & Rescue, along with Ellendale Fire Department, responded to a possible structure fire located at 5639 NC Hwy 127 N, in the Bethlehem Community, according to the incident report filed by Alexander County Deputy Fire Marshal Mark Earle.

Arriving firefighters advised the scene was a working fire and a third department, Wittenburg, responded. Firefighters extinguished the fire, bringing it under control in approximately 30 minutes. Fire damaged the entire residence causing about $40,000 in damages. Occupants were not at home at the time of the fire. Alexander County EMS was on scene for standby, but no injuries reported. About 25 firefighters were involved in battling the fire.

A few hours earlier, at approx. 7:30 p.m., on January 2, Bethlehem and Ellendale firefighters were dispatched to the same residence reference smoke in the residence. Upon arrival, firefighters found electrical wiring and insulation burning in the attic space. Firefighters removed the burning insulation at that time.

The fire was caused by an electrical issue, Earle stated in the report.

Two people were displaced by the fire. The property’s owners are Lonnie L. Hand and Nelma P. Hand, according to Alexander County GIS/Tax records.