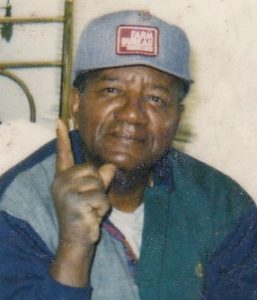 John Rufus Newland, 88, of Happy Plains Rd, Taylorsville, went home to be with the Lord on Monday, January 22, 2018 at Iredell Memorial Hospital.

He was born November 11, 1929, in Alexander County, son of the late John and Maude Newland. He was an automotive body worker at Rockwell Hills for many years until he changed jobs and was employed by Comm-Scope Industry for 20 years before he retired.

In addition to his parents, he was preceded in death by his wife, Odessa Bennett Newland; four brothers, William Flake Newland, Robert Morris Newland, Ernest Roe Newland, and Boyd Thomas Newland, who were all born in Alexander County; and two sisters, Mrs. Grace Patterson of Granite Falls, and Iran Sue Newland of Taylorsville.

He is survived by two sisters, Georgia Dula and Dorthey and Jessie Linney, both of Taylorsville; and a special friend, Mr. Kenneth Little, Kelly Burch; unforgettable cousin, Wilma Stokes; and a host of nieces, nephews, cousins, and friends.

A wake for Mr. Newland will be held on Saturday, January 27, 2018, from 1:00 p.m. – 2:00 p.m., at Alexander Funeral Service. The funeral service will follow in the funeral home chapel at 2:00 p.m. Burial will follow at Macedonia Baptist Church Cemetery.

Alexander Funeral and Cremation Service is serving the Newland Family.