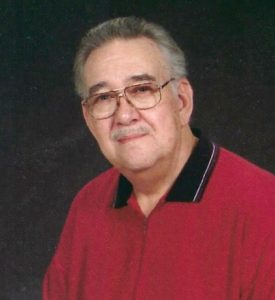 Roger Gail Pennell, 72, of Statesville, passed away January 23, 2018, at his residence, following a period of declining health.

He was born December 24, 1945, in Alexander County, son of the late Walter Hugh and Annie Mae Pearson Pennell. Roger retired from International Paper/Uniwood Division as a lead saw operator.

In addition to his parents, he was preceded in death by two brothers, Hugh Gene Pennell and James Grady Pennell.

Funeral services will be conducted at 2:00 p.m., Friday, January 26, 2017, at Temple Baptist Church, 105 Temple Drive, Stony Point. Rev. Jason Payne will officiate. Burial will follow in the church cemetery. The family will receive friends from 12:30-1:50 p.m., prior to the funeral service, at the church.