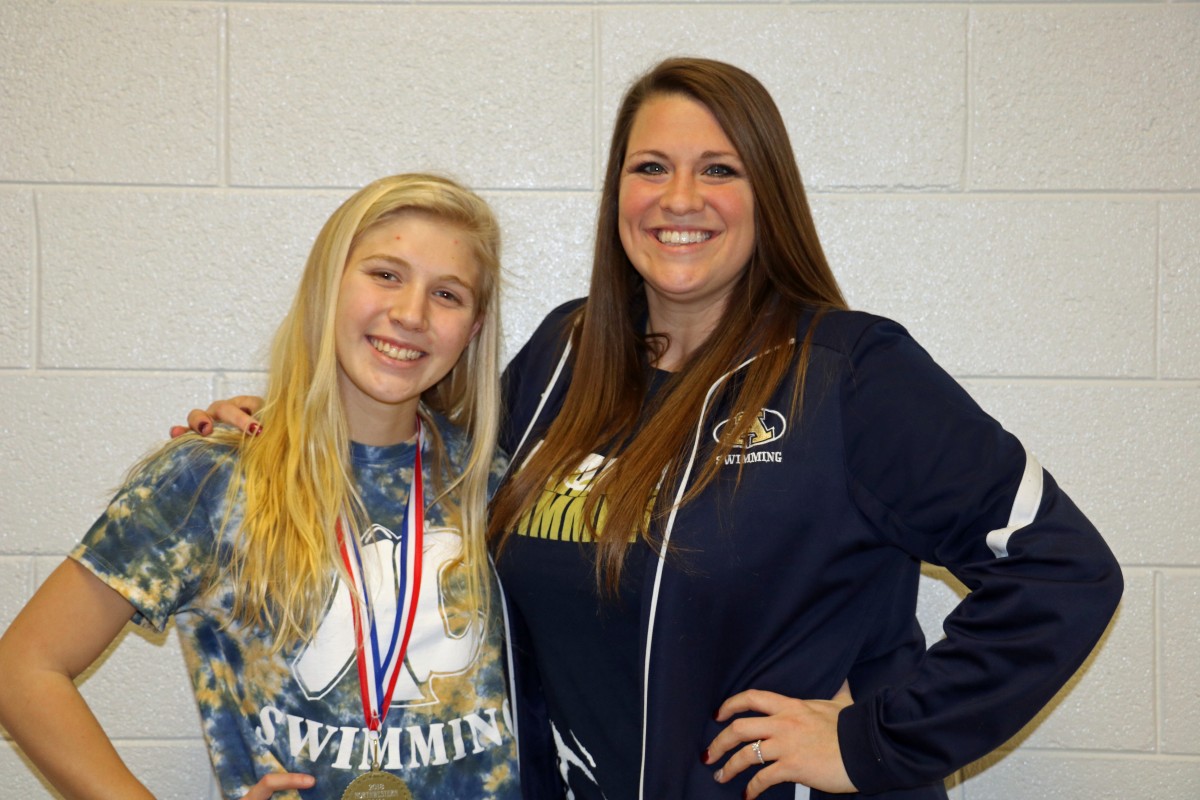 Alexander Central High School Senior Jaycie Knight wrapped her 2017-18 conference swim season with a first-place finish and a NW 3A/4A title in the 100-yard backstroke at the league championship meet held last week.
Knight, who has signed to swim for UNC Pembroke after high school, led all competitors to the finish in the NWC backstroke finale held Tuesday, January 23, at the Hickory YMCA.
She posted a NWC title time of 1:05.18 to edge Freedom’s Elizabeth Evanko at the finish line. Evanko finished with a time of 1:05.29.
In the team standings, the ACHS Women finished seventh in the league meet. St. Stephens claimed the league championship in women’s action. On the men’s side, ACHS settled for a fifth place team finish. The men’s championship was secured by the South Caldwell Spartans.
Knight and ten of her ACHS teammates will be competing in the NCHSAA 3A West Regional Meet on February 2-3 . The meet is hosted by Marvin Ridge High School.