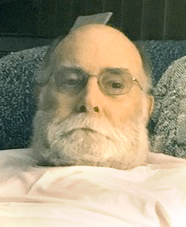 Born December 5, 1948 in Catawba County, he was the son of the late Willard and Jennie Parlier Icard.

In addition to his parents, he was preceded in death by a daughter, Jamie I. Jenkins; and a son, Richard Jason Icard.

Richard had retired from the North Carolina Department of Transportation. He never met a stranger and was friends with everyone he met. He will be missed by all.

He is survived by his wife, Faye Frye Icard of the home; daughters, Nicole Triplett and husband Jason of Granite Falls, and Erin Little and husband Stephen of Taylorsville; brother, Jeffrey Icard of Bethlehem; sister, Jennifer Sears and husband Brian of Granite Falls; and grandchildren, Bradley Jenkins, Justin and Lauren Triplett, and Reese and Reid Little.

The funeral service will be held at 3:00 p.m., on Sunday, February 4, 2018, in the chapel at Bass-Smith Funeral Home in Hickory, with Richard Byrd officiating. Burial will follow in Pisgah Cemetery. The family will receive friends prior to the service, from 1:30 – 3:00 p.m., at the funeral home.

Bass-Smith Funeral Home in Hickory is serving the family of Richard Lewis Icard and on-line condolences may be sent to www.bass-smithfuneralhome.com.