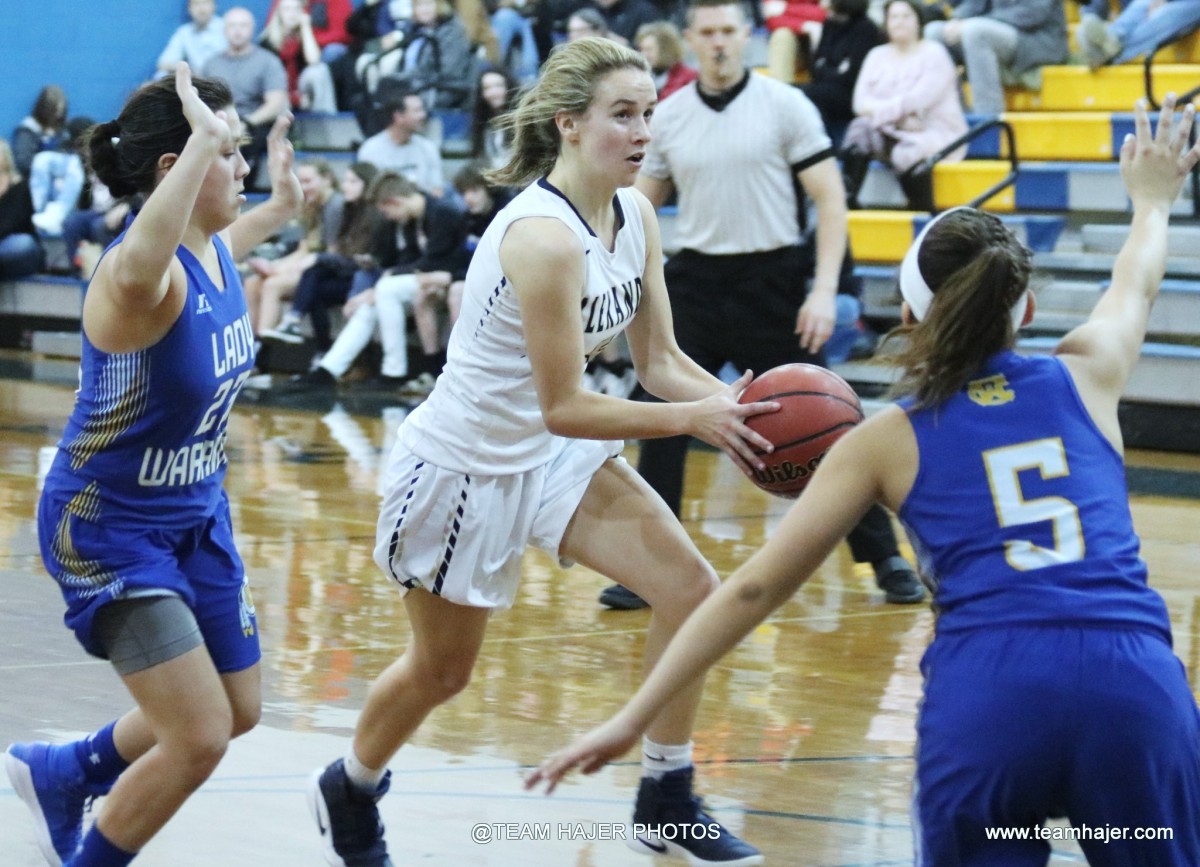 Lady Cougar Rylie Rhyne makes a move to the basket vs. West.

By D.N. PENNELL, Jr.
Four players finished in double figures, lifting the Alexander Central Lady Cougar Basketball Team past West Caldwell 66-46 on Thursday, February 1, in Taylorsville.
Key Key Miller led the effort with 23 points as ACHS snapped a 10-game losing streak and earned its second NW 3A/4A win of the season. Kacey Payne and Sydney Sharpe added 11 points apiece, while Nikki Hagy tallied a double-double with 10 points and 10 rebounds.
The Lady Cougars hit 20 of 42 shots from the field to finish the night at 48 percent. ACHS never trailed in the game despite losing the rebound battle 47-43.
With the win, ACHS improved to 2-9 in league games, while West Caldwell saw its record fall to 0-11 in conference play.

Cruise In set for this Saturday