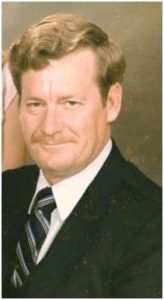 Denvard Nelson Kerley, 73, of Taylorsville, passed away unexpectedly on Saturday, February 3, 2018 at his residence.

He was born October 9, 1944, in Alexander County, son of the late William Tate and Mary Jane Estep Kerley. He was retired from Estes Trucking as a professional driver, and was a veteran of the United States Navy for five years during the Vietnam War. Denvard was of the Baptist faith.

He was preceded in death by four brothers and a sister.

Condolences may be e-mailed to the Kerley Family by visiting our website at www.chapmanfuneralhome.com.