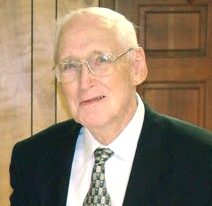 Dr. Frank B. Greer, 94, passed away peacefully, at his home in Lexington, on Saturday morning, February 3, 2018 after a few weeks of declining health.

Frank was born to Abner Alfonso and Dorris Billings Greer in Moorewood, in Custer County, Oklahoma, on March 10, 1923. While a young teenager, his family moved from Oklahoma to a farm in Butler, Tennessee.

His schooling at Appalachian State Teachers’ College was interrupted for almost four years by World War II. At school, he entered the Navy Reserve and continued his training at Emory and Henry College, in Virginia, for two semesters before being called into active duty.

He proceeded to midshipman’s school, then sailed from Wilmington, Delaware on the LSM-216 that was heading for the Panama Canal and the Pacific Theater. Frank’s ship saw its heaviest fighting at Iwo Jima, where it beached five times and took on many wounded soldiers who would not survive their transfer to hospital ships.

After returning from WWII, Frank returned to his education, receiving a bachelor’s and master’s degree at Appalachian State Teachers’ College in Boone, where he met and married Mary Ann Rogers, of Taylorsville, on August 13, 1948. He later earned his Doctorate in Education from the University of North Carolina at Chapel Hill. He was the first doctoral candidate at UNC to have come from Appalachian State University.

Dr. Greer served as teacher and principal in Stony Point and Taylorsville High Schools in Alexander County, at Mt. Tirzah in Person County, and at Shelby High School in Cleveland County. He was an associate professor of education at Catawba College and became the first principal of West Rowan High School, near Salisbury, in 1959. He was principal of Wilkes Central High School from 1965 to 1971, and superintendent of Clinton City Schools in the early to mid 1970’s.

After retiring from North Carolina Public Schools, he moved to Whiteville, where he sold insurance for a short time. He and his dear wife, Ann, then moved to Bennettsville, South Carolina, and on to Gaffney, where Frank taught high school math for a few years. Frank and Ann finally retired to Taylorsville to be near Ann’s family, and later to Lexington to be nearer their daughter, Melody.

Frank was an active member of Baptist or Methodist churches in all of the towns in which he lived through the years, frequently serving as Sunday School teacher, Deacon, and in other leadership positions. He was a stockholder of Adams Funeral Home.

Frank was a long-time member of the Lions’ Club as well as other service organizations. He was an avid reader and enjoyed gardening, golf, trading stocks, and word puzzles. He was very concerned about the political process and future generations of his country.

He dearly loved his wife, children, grandchildren, and great-grandchildren. His marriage to his beloved Ann endured for almost 70 years.

Frank was preceded in death by his mother and father, as well as an older sister, Maisie Greer Barton (Wilson) of Dillwyn, Virginia; two older brothers, Edmund Greer (Pansy) of Lynchburg, Virginia, and Abner Greer of Vilas; and his two younger sisters, Callie Corinne Greer most recently of Lexington, and Bobbie Jean Greer Edmisten (Earl) of Harmony.

The family wishes to express our thanks for the kind and loving care Frank has received by many special caregivers over the past several years. Special thanks goes to Donna Cooke, who has been like part of the family for more than two years, giving loving care to Frank and Ann and organizing the care plan for Frank in his home.

A memorial service is planned for 11 a.m., Thursday, February 8, 2018, at First Presbyterian Church of Lexington, 13 W. Third Ave, Lexington, NC. Rev. Lee Zehmer will officiate. Family and friends are welcome to attend. The family will receive friends after the service in the fellowship hall. A graveside service is planned for 3:30 p.m., Thursday, February 8, 2018, at Three Forks Baptist Church Cemetery, 4685 Three Forks Church Road, TayIorsville, with military honors accorded by DAV Chapter 84 and Chapter 6.