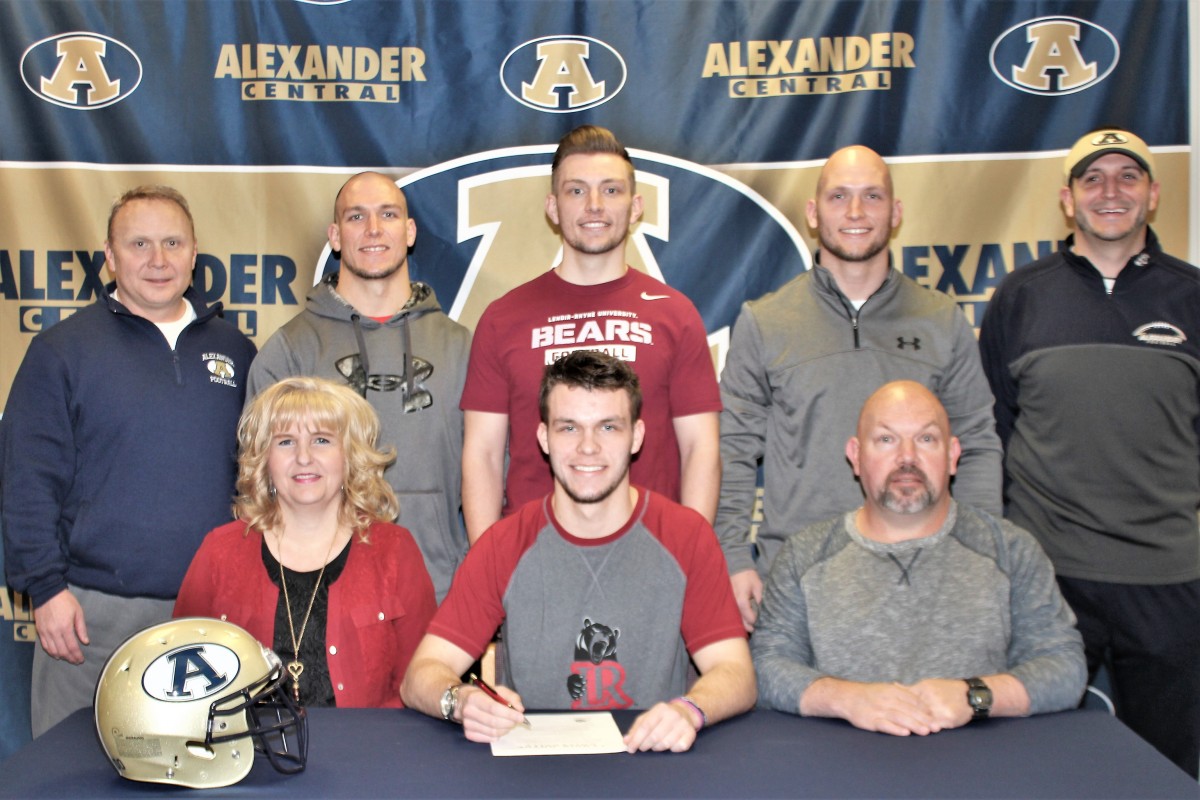 ACHS QUARTERBACK  TO PLAY IN HICKORY

On Wednesday morning, February 7, Alexander Central senior quarterback Gunnar Anderson signed his National Letter of Intent to play college football at Lenoir Rhyne University in Hickory. Anderson joins a highly-touted National Signing Day Class and the first class for new Head Coach Drew  Cronic at LRU. The son of Cindy and Ron Anderson of the Vashti Community, Gunnar was voted the Northwestern 3A/4A Conference Player of the Year after leading the Cougars to a league title in 2017. He is the fourth of four Anderson brothers to play at ACHS dating back to 2007. Gunnar is Alexander Central’s only two-time recipient of the prestigious Golden Helmet Award. He is pictured above with his parents, brothers, and members of the ACHS Coaching Staff. Pictured in the back are (from the left) ACHS Head Coach Butch Carter, Dustin Anderson, Bradley Anderson, Casey Anderson, and ACHS Offensive Coordinator Matt Wilson.