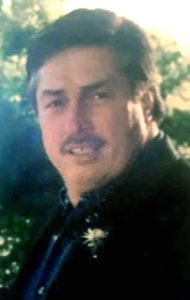 Harry “Tony” Anthony Dillow, 66, of Taylorsville, left this world for his heavenly home on Sunday, February 11, 2018 at his residence.

Born in Cook County, Illinois on June 17, 1951, he was the son of the late Harley and Thelma Roberts Dillow. He was a self-employed brick mason and also ran Dillow Enterprises & Dillow Academy of Fighting Arts. Tony was a man of faith and loved his Lord and Savior Jesus Christ. He attended Old Path Holiness Church, in North Wilkesboro, and also Faith Revival Crusades & Missions.

Tony enjoyed karate, guns, Ford trucks, and he was also an avid hunter. He cherished his family and spending time with them. Tony was an amazing husband, father, grandfather, brother, and friend to all, who will truly be missed but will forever be in our hearts.

In addition to his parents, he was preceded in death by his brother, Joseph Dillow; an infant grandson; and a son-in-law, Eric Nicholson.

The funeral service for Tony will be held on Wednesday, February 14, 2018, at 1:00 p.m., at Faith Revival Crusades & Missions, with Rev. Larry Hamilton, Rev. Johnny Persinger, and Rev. Derek Brown officiating. Burial will follow in the church cemetery.

In lieu of flowers, memorials may be sent to the Medical Fund for Tony Dillow at PO Box 463, Taylorsville, NC 28681.