On Sunday morning, January 28, 2018, a man came to the Town of Taylorsville in hopes of stirring discontent with officers of the Taylorsville Police Department, according to Patrolman Gordon Knight of the police force.

This unnamed gentleman “was adorned with wrist bands that would make any officer become agitated. Lieutenant Brandon Hamby was the first to encounter the man. He asked Lt. Hamby if he was being detained or under arrest and then told Hamby he was ‘dismissed,’ said Knight.

Hamby asked what was his problem with the Taylorsville Police Department. He responded he was there to expose the department’s corruption and constant violation of civil rights. This man drove from almost two hours away and was equipped with two cameras on his body, a cell phone in his hand, and second gentleman filming the incident from a different location.

“Many officers shared this video. The video was viewed by numerous citizens from around our community. When the people saw how overtly this individual was trying to damage the reputation of the officers in our community, they decided to act,” said Knight.

Since the following day, food has been delivered to the Taylorsville Police Department in large quantities from people who saw this video. The citizens are coming out to show their support for the officers in our community. A Facebook group had meals planned through the following Sunday.

Jake and Carly Stafford’s mother brought the children to the Police Department to deliver sausage biscuits on Wednesday morning, February 7. Officer Knight told the children, “This is a good lesson what one man intended for evil, God intended for good.” 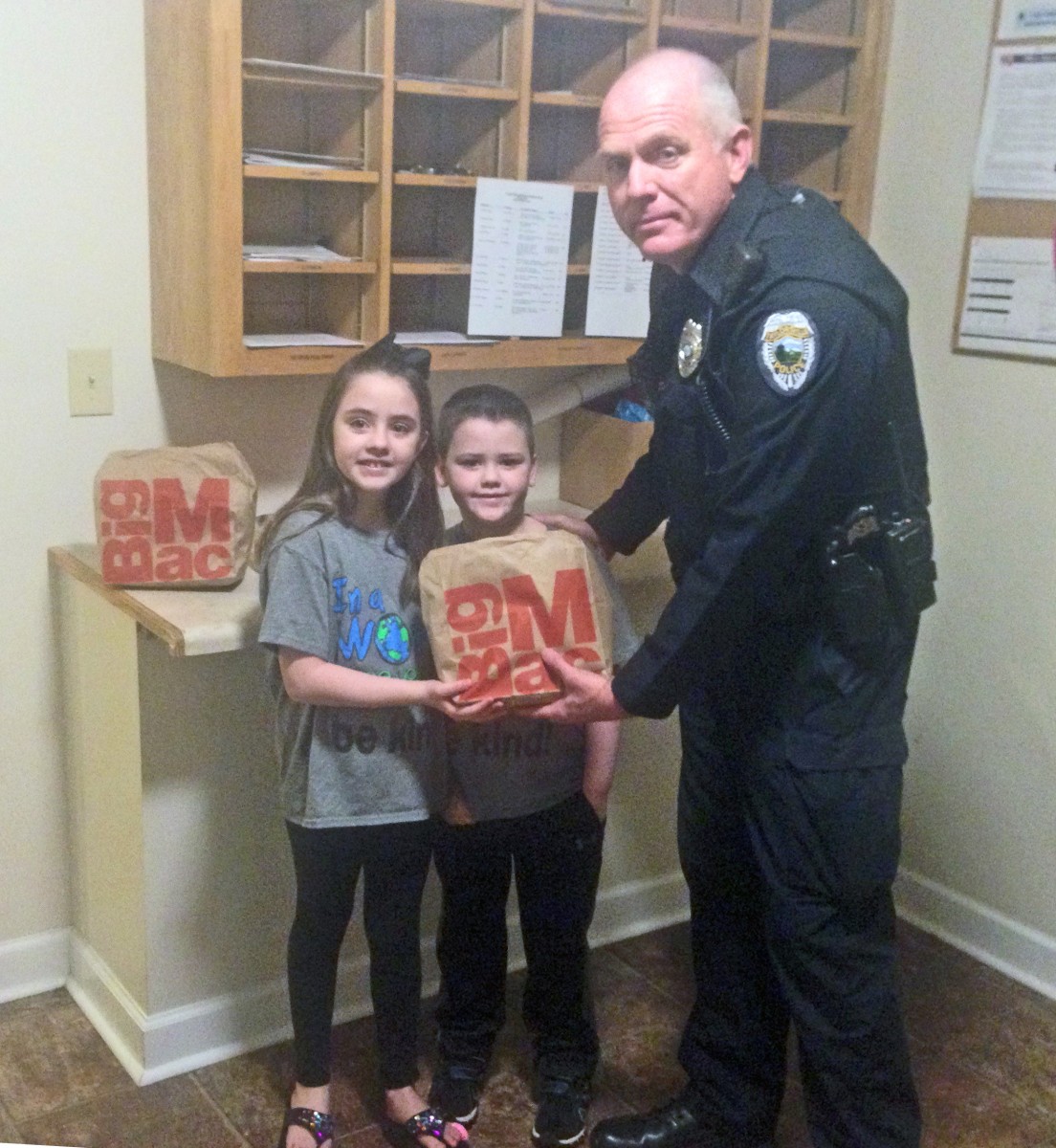 Pictured are Jake and Carly Stafford, whose mother brought them to the Police Department to deliver sausage biscuits on Wednesday morning, February 7, following an attempt by an out-of-county man to provoke discontent among local officers with a live, online video. Officer Knight, also pictured, said to the children, “This is a good lesson what one man intended for evil, God intended for good.”