Three Cougars earn a spot on 3A Medal Stand 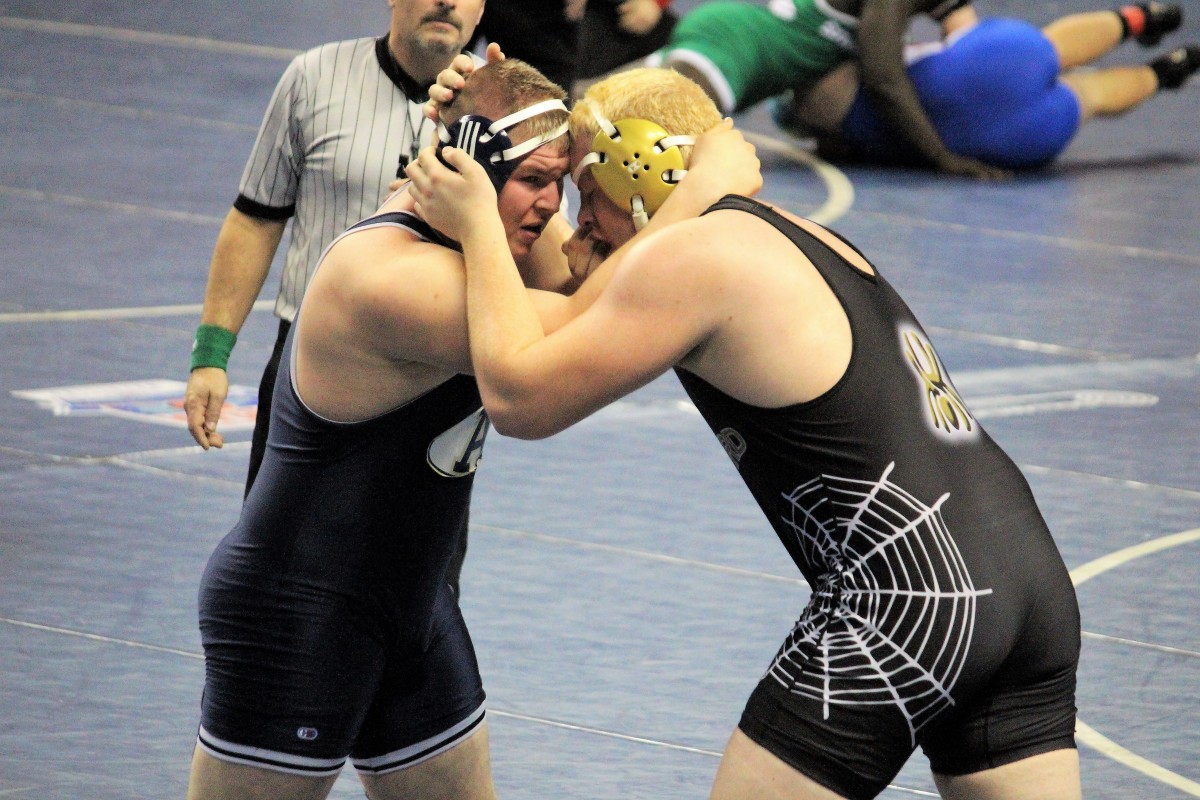 After defeating Freedom’s James Boyd in the semi-finals on Friday evening, Chapman advanced to the title bout of the NCHSAA 3A 285-pound class on Saturday night. Chapman’s opponent for the finals was disqualified on Friday resulting in a state title for the Cougar heavyweight.

Chapman’s title in the second ever at the school. His championship win comes 10 years after James De La Riva captured the school’s first ever state title in 2008.

The Cougar junior posted a pinfall victory in round one of the 3A finals on Thursday evening, February 15, at the Greensboro Coliseum. The win moved Chapman into the quarterfinals round on Friday afternoon where he faced the top seed from the Midwest Region from Concord. In the quarterfinal match, Chapman advanced with a 3-1 overtime victory.

In the semi-finals match later on Friday, Chapman faced a familiar foe when he faced Freedom’s James Boyd for the fifth time this season. In the previous four meetings between the pair, Boyd managed to come out on top. However, in Friday’s state semi-finals match, Chapman emerged in an ultimate tiebreaker to claim his first win over Boyd this season by a score of 3-2. After three previous tiebreaking sessions, Chapman scored in the fourth and ultimate tiebreaker to claim the win and advance to Saturday’s finals. 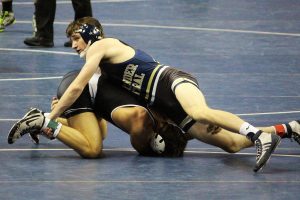 On Saturday evening, Chapman and his Cougar teammates Ethan Lewis and Tevin Clark participated in the   Parade of Champions which recognizes placers in each weight class. Following the festivities, Chapman had has hand lifted as the champion in the 3A Heavyweight division.

Lewis, who placed second as a junior in 2017, also advanced to the semi-final round without a loss before suffering a tough 5-4 setback in the final four bout. Lewis bounced back from the disappointment of the loss to claim third place overall in the 3A 160-pound division. Over the past two seasons, the Bethlehem native earned back-to-back top three finishes in his weight class at the state finals.

Clark had a long row to how during the weekend but managed to earn a sixth place finish in the competitive 195-pound class. After suffering a pinfall loss in round one, the Cougar junior battled his way back through the consolation bracket and finished the tournament with a 3-2 record.

In addition to the top three ACHS placers, two more Alexander wrestlers claimed one win each and finished in the top-12 in their respective weight divisions. Senior Charlie Lee (106) and junior Marterion Howell (220) posted one victory each in last week’s state championship event.