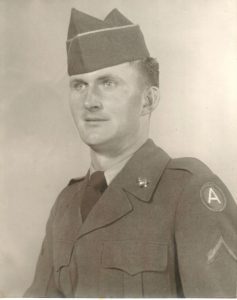 Mr. Teague was born September 16, 1931, in Alexander County, the son of the late Graden Ingram and Pauline Teague Setzer.

He was a US Army veteran, who had served during the Korean Conflict. He had worked in the furniture industry for Hickory Manufacturing for 62 years. Bob attended Antioch Baptist Church and Temple Hill Baptist Church. He was an honorary Lions Club Member and was a giver, always wanting to help others.

In addition to his parents, he was preceded in death by his wife, Rachel Alice Keller Teague; a daughter, Virginia Duncan; a sister, Nancy Yates; a grandson, Chris Fox, son of Martha Fox; and a great-grandchild, Misty Winters.

A memorial service will be held at 2 p.m., Saturday, February 24, 2018 at Antioch Baptist Church. Pastor Mark Morris will officiate. Full military honors will be accorded by DAV Chapter 84 and Chapter 6. The family will receive friends one hour prior to the service.

Memorials may be made to: The Dementia Foundation @ www.dementiafoundation.org.au.

Adams Funeral Home and Cremation Services is honored to be serving the Teague Family.