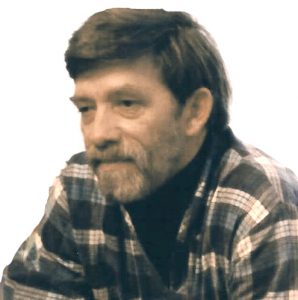 Mr. Woody was born November 18, 1946, in Surry County, the son of the late Van Buren Woody and Maude Jenkins Woody of Jonesville.

He graduated Jonesville High School in 1964 and National Business College, Roanoke, Virginia in 1966. He lived in Newport News, Virginia and operated his own accounting and tax firm, The Income Tax Center, until his health challenges began in 2008. Since then, he had resided in North Carolina. He was a member of Jonesville First Baptist Church in Jonesville.

Richard was a champion billiards player and golfer. While living in Newport News, Virginia, he was a long term member of the Exchange Club, and served as president of the NN Golf Association. He looked forward to his weekly round of golf during his retirement years.

The family will conduct a memorial service at 1 p.m., Thursday, March 1, 2018 at Taylorsville Presbyterian Church. Pastor Paul Sink will officiate.

In lieu of flowers, memorials may be made to: Taylorsville Presbyterian Church Building Fund, PO Box 507, Taylorsville, NC 28681.

Adams Funeral Home and Cremation Services is honored to be serving the Woody Family.