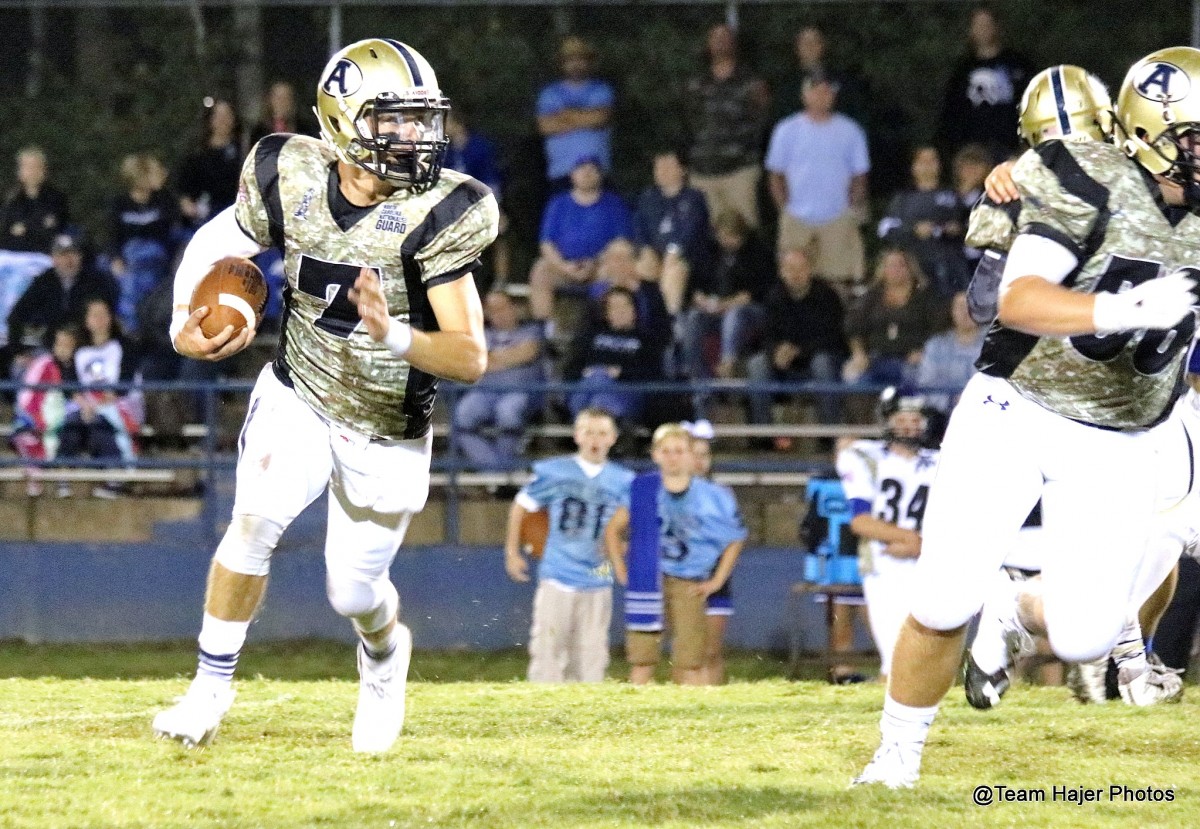 ACHS Senior Gunnar Anderson has been invited to play in the East/West All Star Game in July.

AC Senior is 11th Cougar selected for the game

Vashti resident Gunnar Anderson has been selected to play in the 2018 East/West All Star Football Game planned for Wednesday, July 18, in Greensboro.
The game is played each year in conjunction with the North Carolina High School Coaches Clinic in Greensboro. The football game has featured hundreds of future NCAA Division I stars, and many of the young men  who have suited up have gone on to successful careers in the NFL.
This year’s game will begin at 8 pm and will be played at Robert B. Jamieson Stadium.
This past season, Anderson was voted the Northwestern 3A/4A Conference Player of the Year after leading the Alexander Central Cougars to a league championship and a home playoff game. Earlier this month, the Cougar quarterback signed his National Letter of Intent to attend Lenoir-Rhyne University where he will play for first year Head Coach Drew Cronic. At ACHS, Anderson led the Cougars to a 17-7 record the past two seasons. In his career at ACHS, Anderson amassed more than 4,000 yards of offense and accounted for 57 total touchdowns. He passed for 32 touchdowns in his high school tenure, completing 62 percent of his passes for 2,982 yards through the air. He also ran for 1,115 yards and 25 touchdowns in 24 consecutive starts under center. In addition to his statistics, Anderson is the only two-time Golden Helmet Award winner in the school history.
He and his older brother, Dustin (ACHS, 2011) are the only brothers to be selected to the Annual All Star  game,  played each summer in conjunction with the NC Coaches Association Clinic in Greensboro. Anderson is the 11th ACHS football player to be named to the East/West All Star Game in the history of the school.   He joins former Cougars
Larry Robinson, Robert Feimster, Fred Walters, Dennis Walker, Jeremy Honeycutt, Blake Baker, Stephen Burns, Dustin Anderson, Matthew Quigley, and Tanner Starnes as  East/West All Stars.
“I feel extremely blessed to have been selected to play in the East/West All Star game. It is an honor for me to have my name on the list of the great AC players who have played in the game,” the future LR Bear said. “I look forward to competing with some of the best players in the state this summer.”
The East-West All-Star Games have lived up to their billing of seeing tomorrow’s stars today, as many former all-star players wear NCAA National Championship rings, Super Bowl rings, NBA Championship rings, or have participated in soccer’s World Cup.
The first East-West All-Star Football Game was played in 1949. Coach Bob Jamieson, the Director of the NCCA, received the keys to the stadium from the contractor at 4:00 pm the day of the game. Coach Jamieson then went onto the field at his school and coached the West team against the East’s Leon Brogden, Wilmington’s legendary coach. 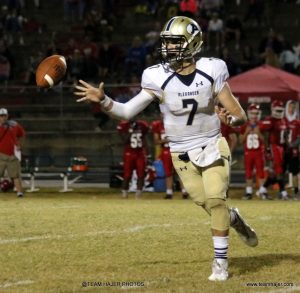 Anderson surpassed 4,000 yards of offense in his varsity career at ACHS.

The football game has featured hundreds of future NCAA Division I stars and many of the young men who have suited up have gone on to successful careers in the NFL. Over 3400 North Carolina boys have had the chance to wear the royal of the East or the scarlet of the West in this wonderful rivalry.
The future LR Bear is the son of Cindy and Ron Anderson of Vashti. He is the fourth Anderson brother to play at ACHS, dating back to 2007. Dustin, Casey, and Bradley proceeded Gunnar at Alexander Central.
“We are so proud of Gunnar and all he has accomplished here at Alexander Central High School. He has left a lasting mark on our football program and we look forward to what he will do in this summer’s East/West game and later at Lenoir-Rhyne University. He is a true leader and an outstanding player, but more than that, he is a fine young man. I am so happy and proud for Gunnar and his family. I know he will represent Alexander Central High School and our community with class and integrity when he travels to Greensboro for the All-Star game this July. I can’t wait to watch him play again,” Alexander Central Head Coach Butch Carter said Monday.
Posted in Breaking News, Sports