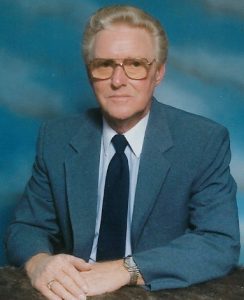 Lynn was born March 5, 1934, in Stony Point, son of the late Howard and Margret Milholen Norton.

He was a graduate of Stony Point High School. Lynn served in the United States Navy during the Korean War. He was a truck driver for 28 years. He retired from Energy United Water Corporation after 34 years. He was also a member of Stony Point Baptist Church.

In addition to his parents, he was preceded in death by his wife, Joann Fisher Norton; a sister, Carolyn Walker; brothers-in-law, Tracy Walker and Jerry Keever; and son-in-law, Bob Darcy.

A funeral service will be conducted on Monday, March 5, 2018, at 2:00 p.m., at Stony Point Baptist Church, 231 Ruritan Park Road, Stony Point. Rev. Sidney Norton and Rev. Henry Cook will officiate. Burial will follow in the Stony Point Cemetery. The family will receive friends from 12:30-1:45 p.m., prior to the service, in the church.

Condolences may be e-mailed to the Norton Family by visiting our website at www.chapmanfuneralhome.com.

Chapman Funeral Home is assisting the family of Lynn Norton.