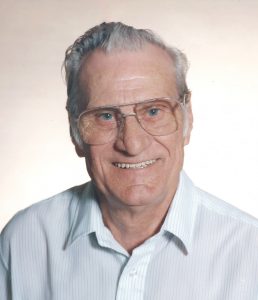 Mr. Billings was born April 30, 1933, in Iredell County, the son of the late George Duel Billings and Anna Lee Fox Billings. He had owned and operated a sawmill for over 40 years. He loved to fish and go to the beach and dearly loved his family.

Including his parents, he was preceded in death by his wife, Janie Ruth McClelland Billings, whom he was married to for 60 years; a son, Richard Wayne Billings; a sister, Zelma Lee; and three brothers, Limebergh Fox, Edwin Billings, and Donald Lee Billings.

The funeral service will be held at 4 p.m., Wednesday, March 7, 2018 at Adams Funeral Home Chapel. Rev. James Bumgarner will officiate. Burial will follow in the St. Luke Lutheran Church Cemetery. The family will receive friends one hour prior to the service.