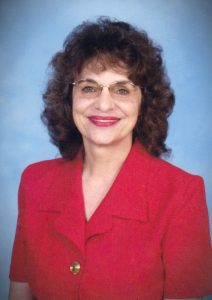 Glenda Lindgren Campbell, 71, of Taylorsville, left this world for her heavenly home on Monday, March 12, 2018, after a courageous battle with cancer, at her residence.

She was born on July 27, 1946, in California, the daughter of Elva Chapman and the late Glenn Edward Lindgren. During her career, Glenda worked as a customer service representative for Schneider Mills for 29 years. She was a proud member and elder of the Yurok Indian Tribe, out of California, and loved going to Cherokee.

You could find her at the ballfield, attending her sons and grandsons ballgames. She loved spending time with her family and going to the beach. Glenda was a member at Mt. Herman Baptist Church and was also an avid NC Tarheel Basketball fan.

She was a wonderful daughter, mother, sister, grandmother, and friend. She will truly be missed but will forever be treasured in our hearts.

Along with her father, she was preceded in death by her step-father, James “Jim” W. Fox, and several aunts, uncles, and cousins.

The family would like say a special Thank You to Schneider Mills for all the love and support for Glenda over the past two years. We truly appreciate all that you have done.

Serving as pallbearers will be grandsons and Eli Richards and Dillon Richards.

Memorials may be sent to Hospice of Alexander at 50 Lucy Echerd Lane, Taylorsville, NC 28681.