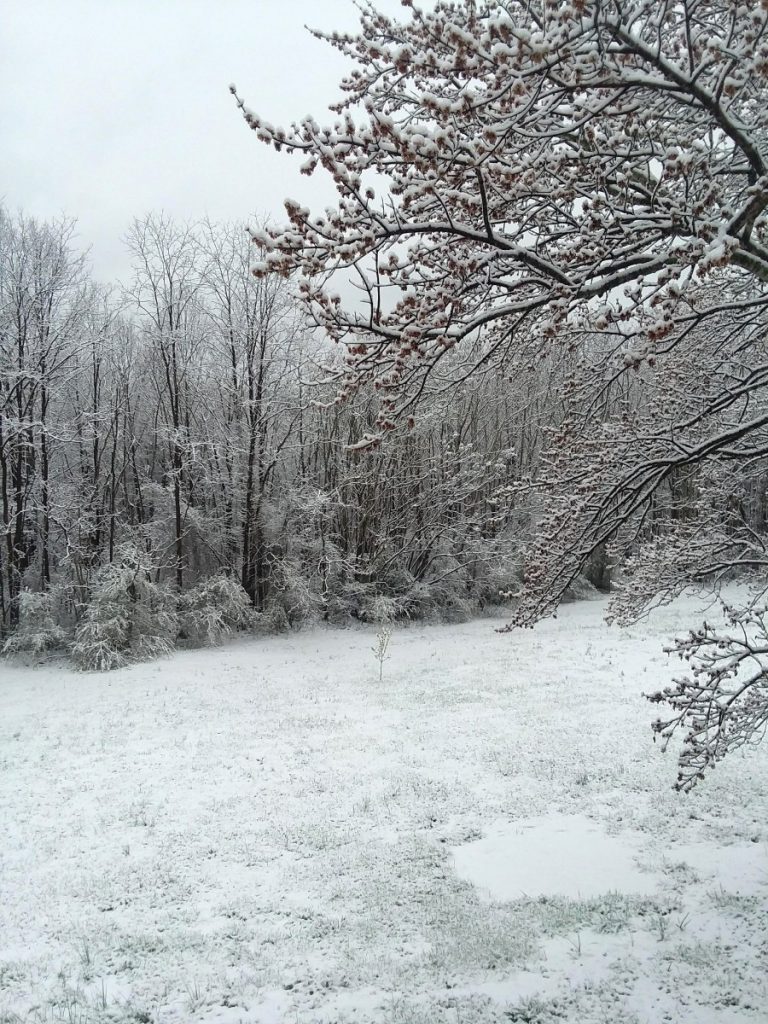 With temperatures hovering just around freezing on Monday morning, March 12, a fast moving weather front from the west brought approximately 1 to 3 inches of snow to Alexander, with amounts varying by location. Precipitation ceased here later that afternoon.

Students were sent to school as normal on Monday, but snow began falling during the morning, prompting Alexander public school officials to dismiss classes at
9:00 a.m.

The Times received word that Alexander Christian Academy was on a two-hour delay at first, then cancelled classes before students reported for the day.

Roads became slick in some areas, with approximately a half dozen wrecks reported during midday. Two cars slid off Teague Town Road and down embankments, within sight of each other, according to first responders on emergency radio.

Clouds cleared and sunshine brought up temperatures above freezing before nightfall, with roads drying out in many places. However, some wet spots froze, creating black ice Monday night.

School was on a normal schedule on Tuesday. However, a weaker system brought snow to southern Alexander on Wednesday morning, prompting a two-hour delay for school.