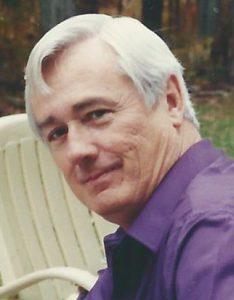 Mr. Senter was born June 14, 1933, in Belmont, the son of the late Blair Stamey Senter and Edith Alma Ensley Senter.

He was a US Army veteran, who served during the Korean Conflict, and was a member of Unity Christian Church in Stony Point. He had worked as a manager in the food industry for many years and retired from Wells Fargo Bank. He was a mason in the Charlotte Masonic Lodge. He also enjoyed camping and playing cards.

Including his parents, he was preceded in death by his wife, Catherine Payne Senter.

A Celebration of Life and Homecoming service will be held at 1 p.m., Friday, March 23, 2018 at Unity Christian Church in Stony Point. Rev. Scott Hammer and Rev. Phil Chapman will officiate. Burial will follow in the Greenwood Cemetery in Belmont, with military honors accorded by Gaston County Honor Guard. The family will receive friends one hour prior to the service.

Adams Funeral Home and Cremation Services is honored to be serving the Senter Family.