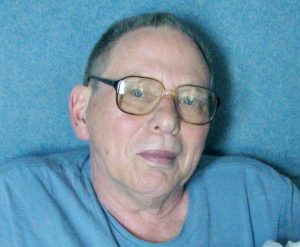 Jack Edward Simons, 75, of Taylorsville, passed away at his residence on Monday, March 19, 2018 after a lengthy illness.

Jack and his family lived in New Egypt, New Jersey, before moving to North Carolina after retiring. He was born November 4, 1942, in Ocean County, New Jersey, son of the late James R. Simons and Florence Parker Simons.

Jack was preceded in death by a brother, Robert Parker.

Before his retirement, he worked as a maintenance supervisor for an apartment complex.

Jack is survived by his wife, Barbara Simons of the home; a son, Jack Edward Simons Jr. and wife Theresa of Taylorsville; a daughter, Tammy Lynn Parent of Taylorsville; three grandchildren, Renee Carlton and husband Jamal of Chattanooga, Tennessee, and Shawana Simons and Sebastain Parent, both of Taylorsville; and three brothers, Angelo Rubano and wife Robin of South Carolina, and Alfred Rubano and Arthur Rubano, both of New Jersey.

Interment will be private with the family at a later date.

Condolences may be e-mailed to the Simons Family by visiting our website at www.chapmanfuneralhome.com.