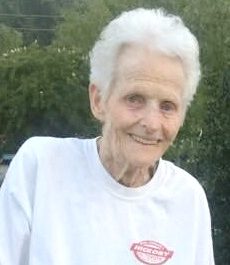 Bernadette Fox Cranford, 78, of Taylorsville, passed away on Friday, March 23, 2018 at her residence.

She was born on June 26, 1939, in Alexander County, daughter of the late Bryant William Fox and Aquillia Fincannon Fox. Bernadette was a member of Liledoun Baptist Church.

She loved sports and won the State Basketball Championship at Taylorsville high school in 1958 – 1959. She also loved to coach softball and did so for many years. Her children, grandchildren, and great- grandchildren meant the world to her along with her small animals.

Along with her father and mother, she was preceded in death by a brother, Glade Fox; a sister, Katrina White; a niece, Jennifer White Byerly; and a son-in-law, Timothy Marshall.

Visitation will be held on Monday, March 26, 2018 at East Taylorsville Baptist Church, from 1:00 p.m. – 2:45 p.m., with the funeral service following at 3:00 p.m. with Rev. Jamie Steele officiating. Burial will follow in Liledoun Community Cemetery.

In lieu of flowers, donations may be made to Hospice of Catawba County, 3975 Robinson Rd, Newton, NC 28658; and American Heart Association, https://donatenow.heart.org.